Costumes are on, mics are live and the band is in full swing in the 4-H building during the hustle and bustle of the Minnesota State Fair, as 4-H State Arts-In youth perform “Eyes Wide Open.” It’s the story of a young businessman who dreams of owning his own candy shop and realizes he can’t do it alone. With the help of his shop employees, he experiences far more success than he would without them. Keeping your eyes open to opportunity and being willing to adapt your dream over time is also a message participants take away from their performing arts experience.

Minnesota 4-H State Arts-In is a 22-day intensive arts experience filled with singing, dancing and music.
Youth prepare a musical to perform three to four times daily throughout the fair. 4-H’ers from all over the state perform 35 times to more than 12,000 fairgoers.

After the final bow

Many of the 2018 Arts-In youth are already looking forward to the 2019 show. Here’s what participants and leaders had to say:

“I have gained so much self-confidence being on a stage in front of people, and in everyday conversations. I learned how to make friends and be myself without having the fear of being judged by those around me.” 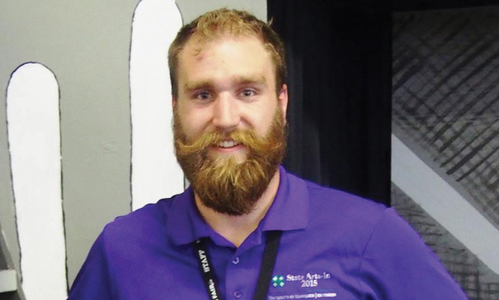 “Every year I went back, I learned something new about myself and became more confident in my leadership abilities. I kept going back to help create experiences for young people to grow and learn. It is one of the most rewarding feelings and why I am still involved in youth work today.”

“Performing arts provide a prime youth development environment. Whether on stage or behind the scenes, young people work toward a common goal together.” 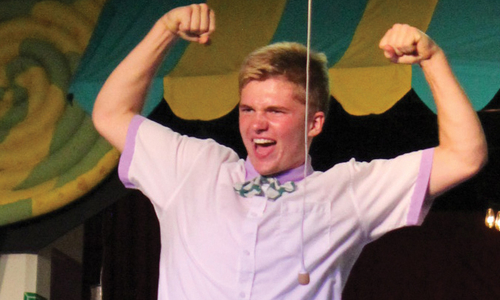 “I’ve learned to work with people more harmoniously than before. I focus less on my own performance and more on the goals and performance of our whole group.”

“State Arts-In creates a safe environment for youth to push beyond their comfort zone, discover their potential and be flexible as they discover more about their own abilities.” 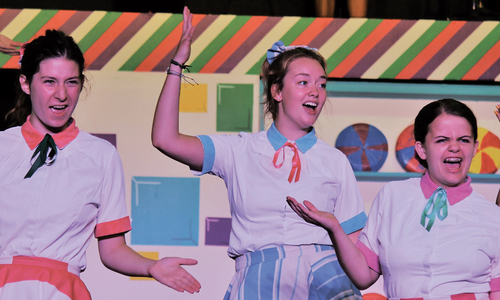 “I’ve learned about who I want to be in the future and how to surround myself with positive people. 4-H provides us with fantastic mentors and leaders to look up to.”

Not everyone sings and dances. Tech crew, costumers, musicians, set-builders and more—there are roles for every young person interested in theater and performing arts.

Sharing the fun of performing arts

Hubbard County is home to the 5th-H 4-H Club, a performing arts group that meets in Park Rapids. The club got started a little over a year ago when 4-H volunteers, Charlie Edwin and Faith Kern, realized there were youth in the area who had an interest in exploring theater. They met several of them at a local Share the Fun competition, where 4-H clubs prepare and perform a play, dance, musical or other act. “There was little opportunity for youth to be involved in theater in our community,” says Kern.

More than 35 youth are part of the club, ranging from kindergarteners to high school seniors. Youth are responsible for all aspects of the shows they produce, creating costumes and props, adapting scripts, writing stage directions, working tech crew and acting.

The first year the club produced Don Zolidis’ “The Seuss Odyssey,” a reimagining of Homer’s Odyssey in the style of Dr. Seuss. Their latest production was “Frankenstein.”

Their next play takes place in early May at the Park Rapids High School. Edwin says the play promises to help them make a step forward in their goal of exploring diverse theatrical styles.

“The kids really enjoy it and have grown so much since the start,” says Kern.