A quick guide to summer squash and zucchini 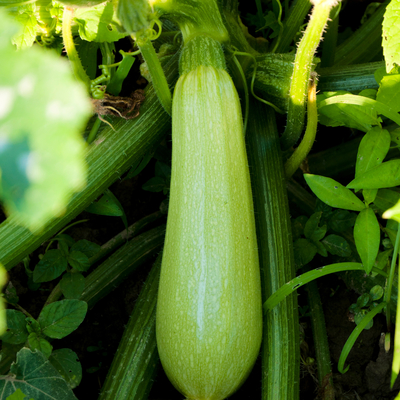 Summer squash (Cucurbita pepo), including zucchini, crookneck, straightneck, patty pan and other similar types, is common in Minnesota vegetable gardens. You can eat squash fruits cooked, raw and shredded or grated in baked goods. Squash flowers are edible, as well.

Like other “vine crops,” summer squash plants grow best and produce the most fruit in warm weather. Some varieties form long vines. Others are bush types that fit more easily into a small garden.

Squash plants have separate male and female flowers. A slender stem attaches male flowers to the plant. Female flowers grow close to the main vine. Between the flower and the vine is a small round ovary, the unfertilized fruit.

An insect must move the pollen from the male flowers to the female flowers. Bees are common squash pollinators.

Use a soil thermometer and sow seeds after the last frost date, once soil temperatures are at least 70° F at the two-inch depth. In most of Minnesota, this will be sometime in late May, or early June in the north.

Some varieties of summer squash grow fruit over a longer season. Some grow many fruit within a shorter period. For a longer, more even harvest, seed only part of your squash garden at first, and then finish the planting three weeks later.

Sow seeds about a half-inch deep. For vining types that will spread out in the garden, sow their seeds two inches apart. Allow about two or three feet of space on either side of the row for the vines to spread.

After emergence, thin seedlings to stand eight to 12 inches apart. A “hill” of three or four seeds sown close together is another way to plant squash in the garden. Allow five to six feet between hills. 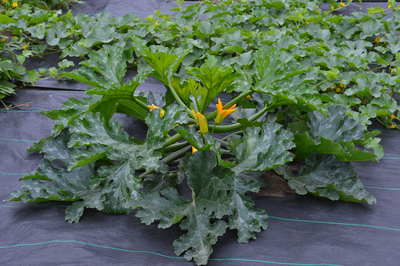 Earlier planting is possible with black plastic mulch, which raises soil temperature. If uncovered, the black color of the mulch will absorb heat from the sun and warm the soil faster.

Apply black mulch after you prepare the soil in spring. Cut holes or slits in the mulch, and plant the seeds as above. After the seedlings have emerged, position the row covers over the plants, securing the edges with soil or staples.

Spun row covers raise air temperature around the plants and protect them from cold nights. Row covers keep away both pests and beneficial insects required to pollinate the flowers, so you must remove them from the plants once flowering begins.

How to keep your summer squash and zucchini healthy and productive

The first blossoms often drop from the vines, but this is not a problem, since the first flowers to appear on the vines are male. The female flowers, which open later, have a swelling at the base that forms the fruit, also known as the ovary. After bees pollinate these female flowers, the fruit develops. 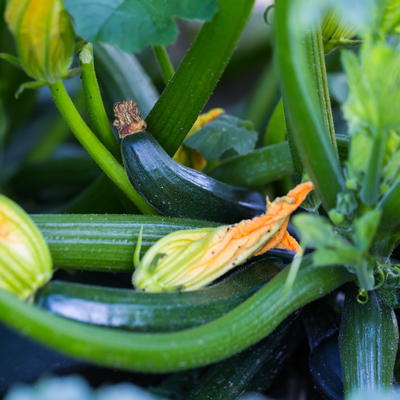 Many things can affect summer squash and zucchini crowns, leaves, flowers, and fruit. Changes in physical appearance and plant health can be caused by the environment, plant diseases, insects and wildlife. In order to address what you’re seeing, it is important to make a correct diagnosis.

You can find additional help identifying common pest problems by using the online diagnostic tools What insect is this? and What's wrong with my plant? or by sending a sample to the UMN Plant Disease Diagnostic Clinic. You can use Ask a Master Gardener to share pictures and get input.

Note that just because you are seeing some damage doesn’t mean all hope is lost. One plant can produce a lot of fruit, so a little disease or insect feeding isn't a reason to stress.

Many of the same cultural practices help prevent a wide variety of summer squash and zucchini diseases.