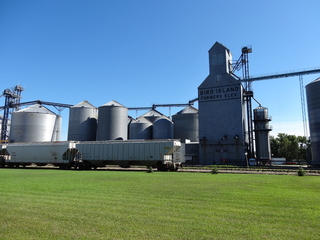 Minnesota has long been an industry leader in the development of biobased industrial products. Biobased companies transform a feedstock (e.g., grain, oilseeds, energy crops, crop residuals, wood, municipal organic waste) into a product, such as biofuels, renewable chemicals, and heat. There are many examples of biobased companies in Minnesota, including plants that produce cellulosic ethanol, wood pulp for use in textiles, and biodiesel.

During the 2015 legislative session, the Minnesota Legislature enacted the Minnesota Bioincentive Program. The program’s design supports the growth and development of the state’s bioeconomy. Funding comes from the Agricultural Growth, Research, and Innovation (AGRI) program appropriation. As of January 2020, funding was $2.5 million per each year of the biennium.