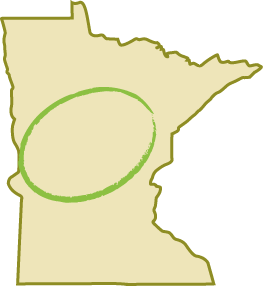 Since its establishment, the Central RSDP has supported more than 120 projects with an investment of over $2 million. An additional $3 million in funding from other sources, volunteer and in-kind contributions has supported these project efforts for a total investment of nearly $5 million. 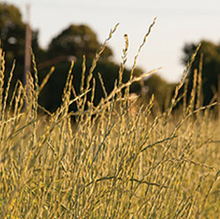 Kernza is more than just a grain. It is defined as the trademarked name for the perennial grain harvested from an improved variety of intermediate wheatgrass co-developed by the Land Institute and the University of Minnesota. But it represents “a web of people with a storied vision to make agriculture, farmers and the world better.” Learn more about the growers, cooks and researchers working together to explore Kernza. 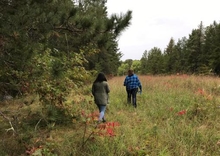 Last summer and fall, a network of more than fifty collectors gathered tree seeds from across the southern half of Minnesota. Hundreds of thousands of seeds of basswood, yellow birch, black cherry, red, bur, white and swamp white oak, red and white pine, and white and red cedar have been collected to date. After collection, the seeds were transported to University of Minnesota - Duluth, where they were processed and distributed to 17 farmers, who will nurture tree seedlings from more than 90,000 seeds. Read more about the Forest Assisted Migration Project.

The Clean Energy Resource Teams (CERTs), a partnership that includes Extension’s Regional Sustainable Development Partnerships, will serve as technical advisers to participating districts, helping them assess their readiness and connect to needed resources. The role is a natural for Extension, which has a longstanding commitment to renewable energy, community development and strengthening rural economies. Read more about how school district's can draw on University of Minnesota Extension’s clean energy expertise.

Are you interested in natural resources or supporting resilient communities in Central Minnesota?

Minnesota rural grocery stores are finding ways to adapt to a challenging year such as strengthening connections to the local food system. Learn key findings from RSDP's latest statewide survey of rural grocers.

Greetings from the Central RSDP! Have a project idea? Learn more about what we look for in a partnership and how to share your idea. We would love to hear from you! 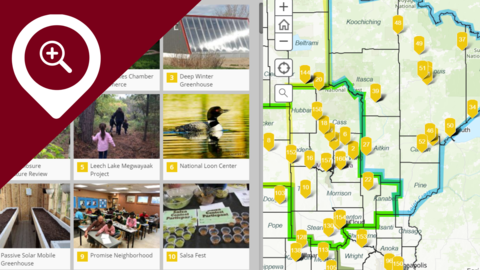 Regions we work in