How to identify bronze birch borer and twolined chestnut borer

Trees under stress are more susceptible to attacks by these beetles. Stressed trees are less able to get and move water and food (carbohydrates) to the canopy. This leads to a reduced ability to defend against borer larvae.

Adult beetles feeding on the leaves of trees do not affect tree health. But larvae create destructive galleries under the bark that disrupt the transport of water and nutrients.

Look for these symptoms: 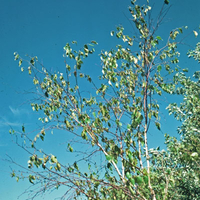 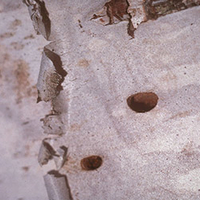 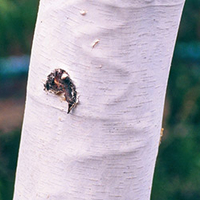 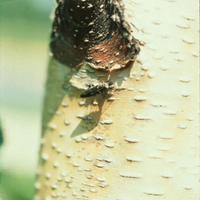 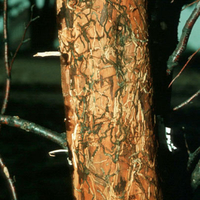 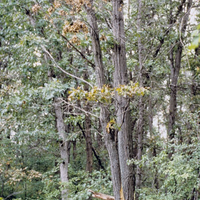 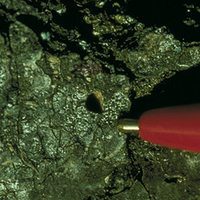 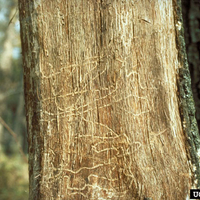 How to protect your trees

Native birch species are more resistant to borer attack as long as they are not stressed by drought, over mature or have some other health issue.

Most Asian and European varieties of white barked birch are very susceptible to attack even when they are healthy.

All North American oaks have some resistance, but can suffer damage when trees are stressed.

Trees that are stressed, from drought, defoliation or other causes, are more susceptible to damage.

Treating trees with pesticides to kill borers is only effective if the tree is in the initial stages of decline and dieback.

Pesticides are not effective when more than 40 to 50 percent of the canopy has been killed by borers.

CAUTION: Apply these products to birch and oak trees only after flowering in the spring to reduce pesticide exposure to bees. Do not apply systemic pesticides to the soil when bee attractive flowers are planted next to trees.

Non-systemic control of borers is difficult because precise timing and coverage is necessary. Pesticide is effective if applied to the infested tree when the adult beetles are first active in early June.

Spray pesticide on the trunk and branches where the eggs are being laid. When the larvae hatch from the eggs, they will come in contact with the pesticide as they burrow through the bark.

Products containing permethrin, lambda cyhalothrin, and other pyrethroids are effective.

Contact a professional when you are dealing with larger trees. Commercial tree care companies have experience in managing borers and in handling and applying pesticides. They have access to products and procedures that are unavailable to homeowners.

See How to hire a tree care professional.