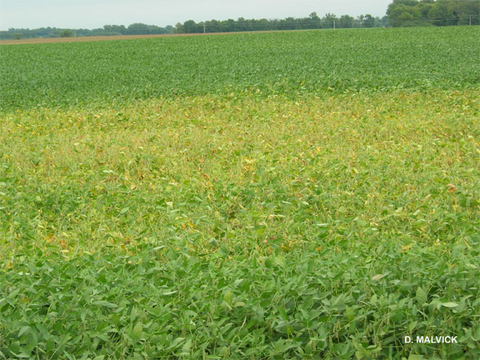 Sudden death syndrome (SDS) is an important disease of soybeans throughout much of the U.S. SDS has been spreading north and west into states including Minnesota, Nebraska, and Wisconsin. SDS also appears also to be spreading across soybean production areas of Minnesota. Severe SDS can result in yield losses greater than 50 percent. SDS is primarily a root disease but typically also affects leaves and causes defoliation. SDS often occurs in fields infested with the soybean cyst nematode (SCN).

The first symptoms are typically on leaves in late July or early August in the Midwestern U.S. Leaf symptoms often begin as scattered yellow, diffuses pots between veins. The spots typically expand between veins to become brown lesions surrounded by chlorotic areas, and the leaves may be cupped or curled. Leaves detach from the petioles as the disease progresses. Brown to grey discolored areas develop in the vascular tissue of the lower stem, and can typically be seen by removing the epidermis of the stem of fresh plants. The pith remains white, which is a diagnostic feature that distinguishes SDS from brown stem rot (BSR). SDS also causes root rot, and roots may have surface blue fungal growth in moist conditions. 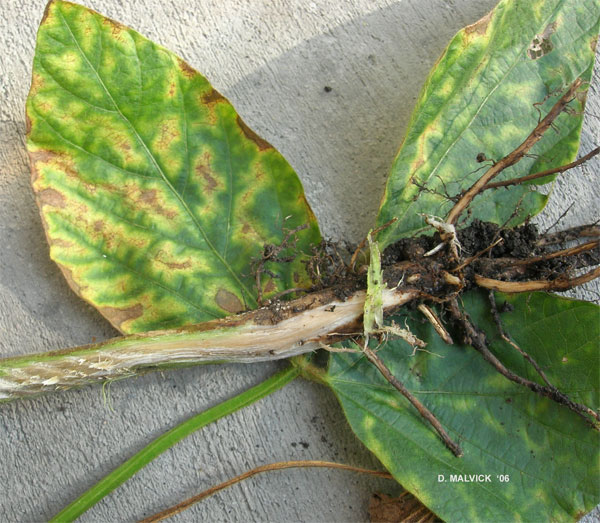 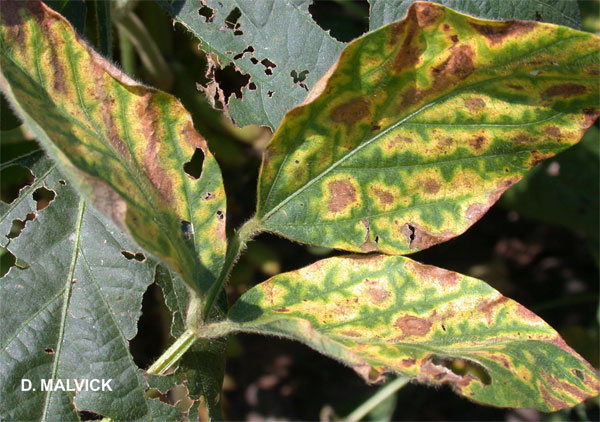 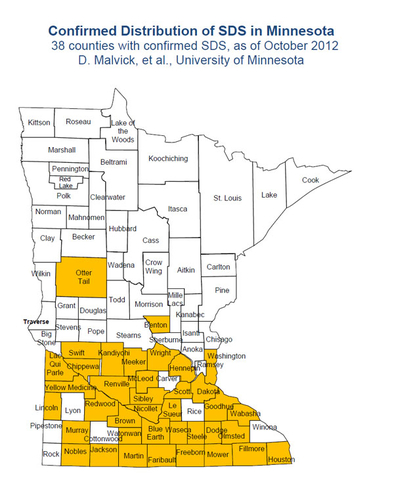 Infection of roots may occur early in the season, but symptoms of SDS usually don't develop until late July or in August. Infection and disease development are favored by early planting; cool and wet soil; SCN infection, and susceptible varieties.

Fusarium virgulifome (previously named Fusaium solani f.sp. glycines). This is a soilborne fungus that appears to primarily infect soybean, although snap and lima bean may be infected. This pathogen overwinters in soil and may survive for long periods of time in soil.

The key in most areas is planting soybean varieties with the highest level of SDS resistance. Varieties should also be resistant to SCN, and crops should be rotated to manage SCN populations. Other tactics include reducing excessive soil moisture with drainage, minimizing compaction, and staggering planting dates.