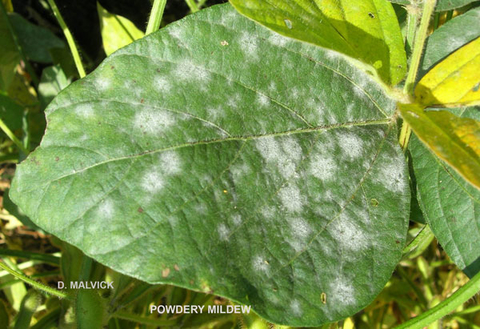 Powdery mildew occurs sporadically on soybeans, typically late in the season during periods of cool temperatures. The disease rarely appears to rarely cause yield loss, but it can potentially cause defoliation and reduced yields in susceptible varieties. Powdery mildew is differentiated from other foliar diseases by the white, powdery coating on infected leaves that looks similar to white flour sprinkled unevenly on the leaf surfaces.

All aerial plant parts can be infected by powdery mildew, although symptoms are most easily seen on the upper surfaces of leaves. Infected leaves have white to light grey, powdery patches. These patches may enlarge and cover the surfaces of many leaves throughout a plant, however, infected leaves tend to be most common on the lower and middle leaves. Powdery mildew symptoms may vary among cultivars. Leaves on susceptible varieties may turn yellow, then brown, and fall from the plant. 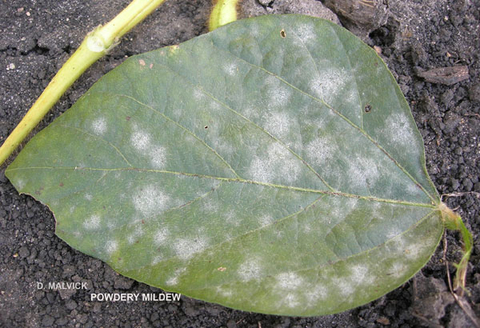 Plants are most susceptible during the mid to late reproductive stages. Cool weather late in the growing season is most favorable for disease development. Rainfall is not known to increase the disease.

Powdery mildew is caused by the fungus Microsphaera diffusa. Other hosts of this fungus include common bean, pea, and cowpea.

Use varieties that are have low susceptibility to powdery mildew. Foliar fungicides can help to manage this disease, but are not usually recommended because powdery mildew rarely appears to causes yield loss. 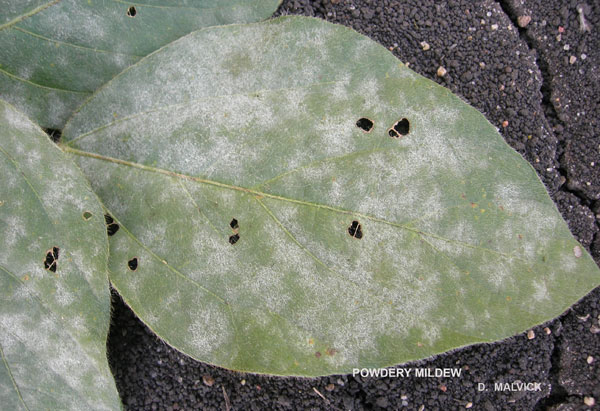 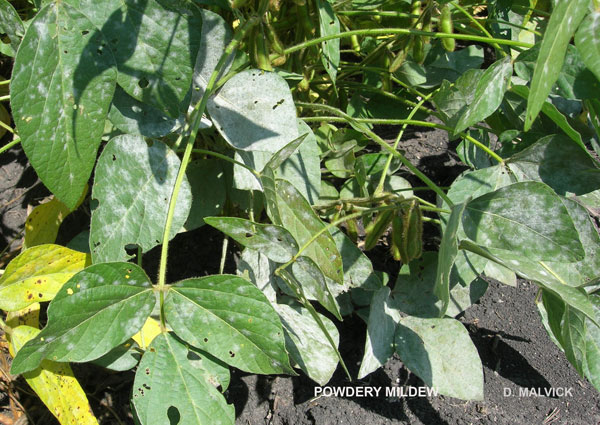