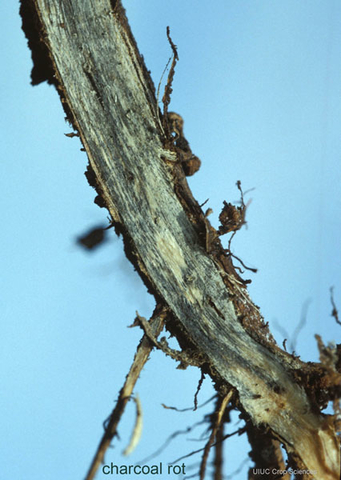 Charcoal rot is a soilborne root and stem disease of soybean that develops in the mid to late summer when plants are under stress, especially heat and drought stress. Infected plants may die prematurely and are often wilted and stunted. Significant yield losses can occur. The disease is common in the southern states and occurs in the Midwest in seasons with hot, dry conditions. Charcoal rot was first confirmed in Minnesota in 1999 and North Dakota in 2002, and may be an expanding soybean disease in the northern Midwest. Many crops are affected by charcoal rot, including corn and sunflower.

Symptoms of charcoal rot generally occur during or after flowering, however, seedlings may also be affected. Brown lesions may form on the hypocotyl of emerging seedlings. After mid-season, leaflets on infected plants may be small and ultimately wilt and turn brown. The taproot and lower stem may become streaked with light gray. Small black specks may form beneath the epidermis and inside the lower stem and taproot to give them a charcoal-sprinkled appearance. Reddish-brown discoloration can also develop in the pith and vascular tissues of the root and stem. 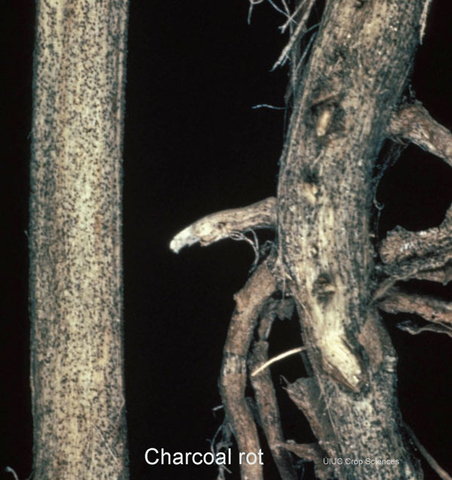 Plants can be infected at any time during the growing season. Much infection may occur early in the season, but symptoms typically do not develop until after flowering when plants become stressed. Hot, dry weather favors disease development. Disease is most severe where plants have been growing under conditions of stress or injury.

Charcoal rot is caused by the soilborne fungus Macrophomina phaseolina. This pathogen has a wide host range that includes corn, sunflower, and some weeds. The fungus overwinters in residue of host tissues and can survive for at least two years in dry soil. The pathogen can be spread by contaminated seed and soil. 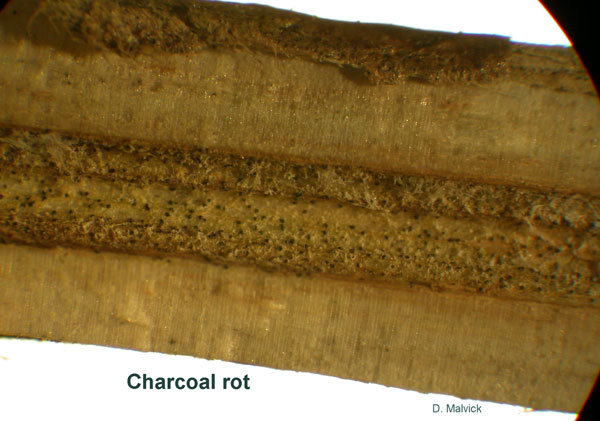 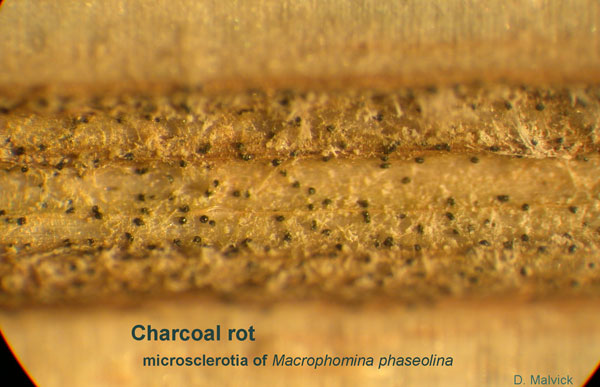