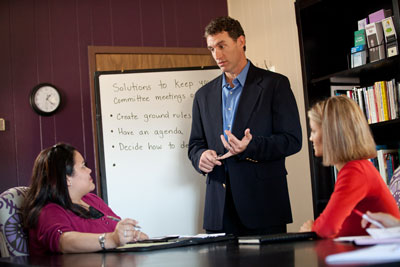 How we evaluate our programs

Extension routinely studies the effectiveness of its leadership and civic engagement programs. Our goal is to understand whether or not our programs:

I will become more involved in my community. No more staying behind the scenes.
— Tina Swanson, emerging leadership program, 2016

Extension research fellow Ben Winchester conducted a 2010 study showing the demand for leaders in Minnesota. He found the need for leaders is nearly five times greater in rural areas than in urban areas.

Connections to each other and other communities can help bring new ideas and resources to communities. Extension's leadership and civic engagement programs intentionally create these connections.

Percentage of participants in county bridging or civic engagement cohort programs that increased connections to new groups and people, as measured by pre- and post-survey results.

Extension evaluates the impact of leadership and civic engagement programs by using the community capitals (Flora, et. al., 20081) and public value (Kalambokidis, 2004; Chazdon & Paine, 20142) frameworks. Program participants and other community stakeholders are invited to participate in Ripple Effect Mapping sessions. During these sessions, they reflect on the chain of effects of the programs in their communities3.

While an Extension program may not be the sole cause of all reported outcomes, participants could name a specific contribution the program made toward most of them. These outcomes are categorized into "community capitals" known to create thriving communities. 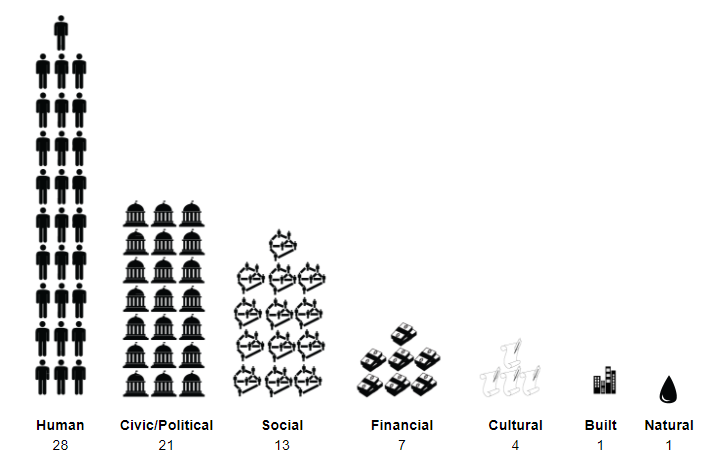 Community capitals as reported by participants and community stakeholders. 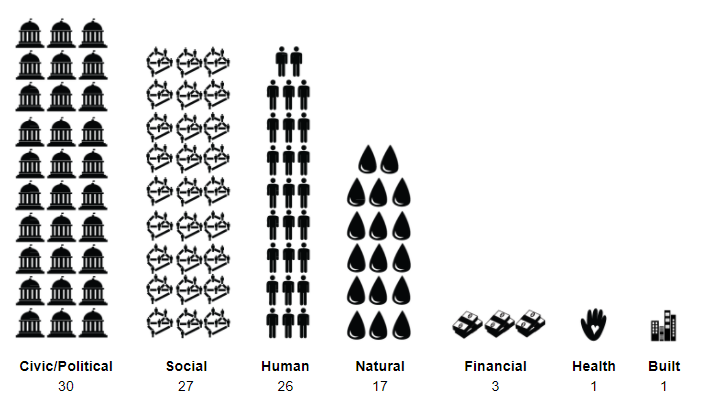 Community capitals as reported by participants and community stakeholders.

Example: Posting educational signage in parks throughout the watershed