Non-traditional, thinner cuts of beef are a great value when cooked right.

Restaurants and steak lovers are cooking and enjoying thinner cuts of beef. Great for grilling and all year round, these lesser-known cuts are delicious and less expensive than the more popular ribeyes and t-bones. 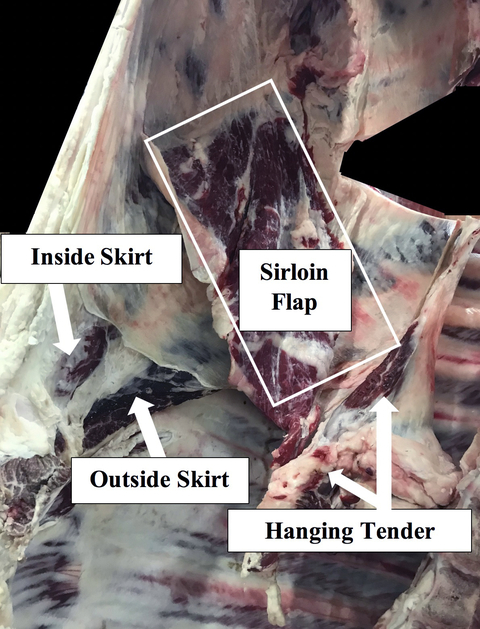 The average weight of a bottom sirloin flap is 8 pounds.

You may find this cut listed on a restaurant menu as Sirloin Bavette, Bottom Sirloin Flap or Flap Meat.

Originating from the plate (a forequarter cut from the belly of the cow, just below the rib cut), the outside and inside skirt are new favorites with restaurants and master home cooks.

A steer at the average live steer weight of 1,372 pounds should yield 3.34 pounds of outside skirt and 4.21 pounds of inside skirt (USDA-AMS National Daily Cattle & Beef Summary). Together, the skirt steaks comprise almost 8 pounds of beef.

Originating from the loin, this muscle attaches the diaphragm to the last rib of the backbone. Once the heavy connective tissue in the center is removed, the resulting cuts are called “pillars.”

A marinade is a seasoned liquid used to submerse and tenderize cuts of meat. You can use fruit juices, wine, water or oil combined with seasonings.

To add flavor to meat use a cooked marinade and marinate for two hours.

The enzymes in uncooked marinades tenderize meat. Marinate for at least six hours but not more than 24 hours or meat fibers may break down and become mushy. Follow commercial marinade instructions as they may contain tenderizer in their ingredients such as papain, fresh pineapple or bromelain.