Spittlebugs are known for the frothy spittle mass they produce while feeding on plants.

The presence of 'spittle' is an easy way to identify spittlebugs. These spittle masses can be up to 3/4 inch in size.

The nymphs are inside the spittle masses.

Adult meadow spittlebugs are 1/4 inch long but are not usually seen.

Spittlebugs eggs can live through the winter in leaf litter.

Nymphs come out in late April or early May and start feeding at the base of the plants. They keep moving up, to look for tender leaves and flowers.

Nymphs pump bubbles into fluid that is secreted as a foamy substance during feeding. This frothy mass protects spittlebugs from enemies and from drying out.

The nymphs mature in five to eight weeks. As adults they move to nearby grassy areas, pastures or areas with broadleaf weeds.

The females return in September and October and lay clusters of eggs in plant debris or in leaves and stems. There is only one generation per year.

How to protect your plants from spittlebugs 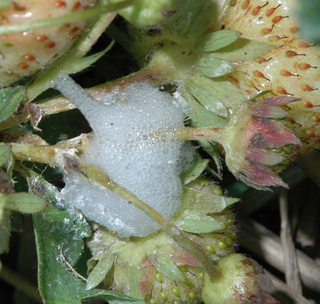 In late April or early May, check every two weeks for spittlebug foam and nymphs at the base of the plants. As the plants grow, look for them on the underside of young leaves.

To get rid of spittlebugs:

These tools will guide you step-by-step through diagnosing a plant problem or identifying a weed or insect.