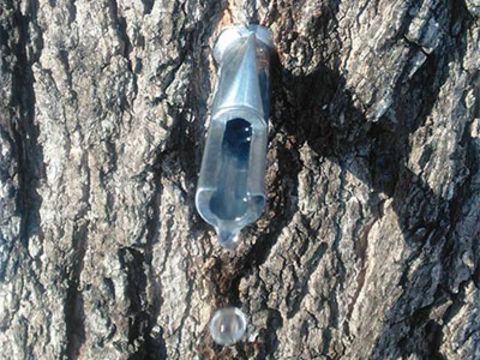 One day Makwa yawned as he woke up from a long sleep. He knew spring was coming. He liked spring because the Anishinaabe always tapped the maple trees.

Makwa and the bad water

Makwa looked up and saw Ajidamoo there, and he said, “Hey Ajidamoo! What is wrong with this water here?” Ajidamoo said, “I don’t know, it always smells bad to me. I don’t drink it, it will make me sick,” he said.

Makwa asked, “Is it because of this new home the Anishinaabe have?” Ajidamoo said, “Well they dug a huge hole in the ground there, then they stopped going to the outhouse. That’s when the water came and when it smelled bad.” “Oh I see,” said Makwa, “I hope it doesn’t bring a sickness to the people here, in this place.”

Helping the earth clean the water

The Anishinaabe family that lived in that house had a young boy. Joe was his name. Joe’s Mom and Dad had told him not to play in the water; that something broke because it was not taken care of and they needed to fix it.

Joe went outside and he saw Makwa looking at that water there on the ground. Joe said, "Hey, don’t be there by that water, don’t drink that water. Something is broken. My Mom and Dad forgot to take care of part of the house and now that water there is not healthy. The earth needs to clean that water to make it good." Makwa ran off into the woods.

Joe was happy the animals and the water were being taken care of. That’s how anishinaabeg take care of things.

Who we work with