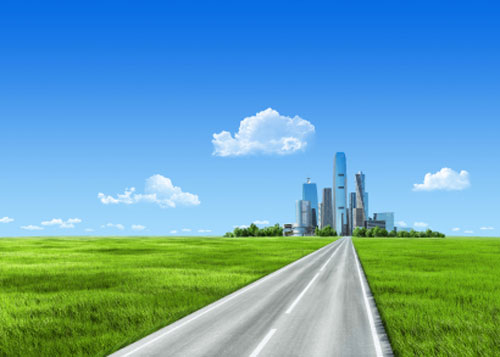 What would happen to the state's economy if rural Minnesota went away? Would the Twin Cities area notice?

You bet it would, according to a study commissioned by Minnesota Rural Partners (MRP) and the U.S. Department of Agriculture. The paradigm-shifting study released earlier this year shows just how intertwined the economies of rural and urban Minnesota are.

The University of Minnesota's Extension Center for Community Vitality played a significant role in the effort, starting with an educator who asked the provocative question above.

Extension Educator Neil Linscheid posed the question when MRP representatives told him they wanted to unambiguously demonstrate how the economies of rural and urban Minnesota are connected.

One way to prove a connection would be to track all the economic threads that bind the seven-county Twin Cities area with Greater Minnesota — the rest of the state. But that would be enormously time-consuming.

So Linscheid suggested looking at what would happen if those threads were cut, and steered MRP to William Lazarus, Ph.D., professor and Extension economist with the University's Department of Applied Economics, who he believed could help conduct such research.

That he did, and his analysis is an integral part of the study. In addition, Educator Dave Nelson and Analyst Writer Brigid Tuck, also with the Extension Center for Community Vitality, contributed to the study, which was coordinated by Kate Searls, consultant and researcher for MRP. She wrote the report on the results, entitled Estimating Rural and Urban Minnesota's Interdependencies.

The study essentially proves MRP's hypothesis that the economies of rural and urban Minnesota are interdependent. That economic dependence is "real, measurable and significant," Searls adds. Jane Leonard, senior manager at the Bush Foundation and former MRP president, was pleased with the validation. "We knew it in our hearts, but the study made it real," she says. Here are a few of the study's key findings:

In everyday terms, the study shows that improvements in rural manufacturing performance sends economic ripples into the Twin Cities—and not just because rural people shop at the Mall of America. Economic activity in rural Minnesota results in new white-collar urban jobs and new sales for city-based suppliers.

These findings shut down the often-heard assumption that the Twin Cities area alone is the economic engine that drives the state. "Our intuition was that this urban-centric view was missing the mark by a long shot," Searls said. "But we needed to test our thinking with a study."

This was a pilot study, so the focus was narrow and the structure was simple. Researchers began by using "cluster analysis" tools provided by the Innovation in American Regions Project to arrive at estimates of the distribution of jobs between the Twin Cities seven-county region (urban) and the rest of Minnesota (rural).

Lee Munnich with the University of Minnesota's Humphrey Institute for Public Affairs and Burke Murphy of Minnesota's Department of Employment and Economic Development contributed insights regarding cluster analysis in theory and in practice.

Lazarus used a new multi-regional analysis component of IMPLAN to conduct an input-output (I-0) analysis and arrive at estimates of linkages between rural and urban businesses and economies. He also compared two industry clusters (manufacturing and agribusiness) using the IMPLAN tool.

Combining I-O analysis with cluster analysis is a relatively new idea that validates the cluster approach and more important, describes economy-wide impacts — including consumer activity. "I do think this is the first time that we've been able to look at how regions [urban and rural in this case] interact in a dynamic way — not just look at gross numbers and make assumptions," says Brigid Tuck.

As Tuck explains, this helps decision makers better analyze their economic development options, which is core to Extension's work in Community Vitality programming. "The question for community decision makers becomes, 'Do we want to encourage more agribusiness, which buys equipment from local suppliers, or manufacturing, which encourages consumer spending but imports its sprockets from China?' So the community gets to act on the values that are more important to it."

MRP representatives also hope the findings will inform policy making across the state. Toward that end, they are exploring continued partnerships with the University of Minnesota, as well as new collaborations with other groups, to build on the study's research. For now, they simply hope the study will get people thinking about rural Minnesota in new ways—and bridge the urban-rural divide.