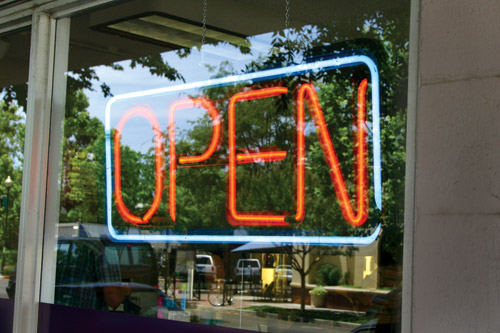 You could travel around the world to attract new jobs to your town, but you're probably better off staying at home. Business establishments starting up or opening in the state created 18,700 jobs in Minnesota in the third quarter of 2013, looking only at overall job gains and not contractions. That's good. But existing businesses added almost six times that many jobs — 110,500 — in the same quarter based on the same data. That's much better.

It's not flashy and it often doesn't get headlines, but business retention and expansion is the "meat and potatoes" of economic development, and it is a boon for Minnesota. Many local groups take responsibility for this — from chambers of commerce to economic development authorities to local city councils. And what these groups often discover is that the same ingredients that make a community vital for residents make businesses vital.

What do businesses want?

"As weird as it may seem," says Cal Brink of the Marshall area Chamber of Commerce, "businesses don't always just talk about their own business. They talk about what the community can do to drive more business to all businesses in a community."

The city of Marshall, Minnesota, is an old hand at the task of asking businesses what they need. The city does it routinely through the Minnesota Chamber of Commerce Grow Minnesota program. In 2011, Marshall took a one-year hiatus from Grow Minnesota to broaden its approach in three ways. Using the University of Minnesota Extension's Business Retention and Expansion (BR&E) program, community members expanded the number of businesses they surveyed; they asked new questions focused on what the community can do to help businesses grow, and they broadened the geographic scope of their efforts, joining with communities throughout Lyon County to survey businesses throughout the area.

"The real value of the Business Retention and Expansion program was not that we found seven businesses who need this or that," Brink says. This was more about what 87 businesses told us. It came across loud and clear that they liked the fact that we have a small town atmosphere, but they want us to be more visionary, and they want government to be more transparent. They want to know what the city's three biggest projects are for next year. They want to know the total building permit dollars in 2011. Stuff you'd never think about telling them."

To strengthen the relationship, Lyon County now hosts a yearly summit that brings county and city government together with businesses and residents. At the first summit, the findings of the BR&E study were revealed. Brink describes a steady evolution for the concept: "Then we got the idea of inviting some of the key businesses in town to talk — that was good for the draw...Then once we had the event, it became, 'Why wouldn't we do this every year?'"

As this event has evolved, it's become a vehicle for the public and private interests in a community to understand each other more readily — the good, the bad, the challenges. This opportunity has been especially helpful during the recent economic downturn. "It really opened the door for the city administrator to get up in front of everybody and say, 'Here's what we're seeing in the city. Here's why the tax base is what it is,'" Brink notes.

Public and private collaboration is a common by-product of Extension's BR&E program. "I would say that in our most successful programs, businesses get to know government and government gets to know businesses," says Bruce Schwartau, Community Economics Educator and veteran BR&E consultant. "And that really just opens up a number of different things that they weren't anticipating happening. When communities ask, 'What are the issues of business? What are the issues of government? How can they work together to make things better for everyone — citizens, employees, employers?' That's going to be successful."

In Forest Lake, Minnesota, a 2011 BR&E stimulated public and private partnerships that ultimately resulted in new signage that made it easier for visitors to navigate the city. Moreover, a new city branding and marketing campaign changed the brochures, logo, tagline and even the banners on light poles throughout the city.

Like Lyon County, the sustained impact of the program in Forest Lake lies in the relationships that were built through the process. A new business-city partnership has generated monthly meetings among the city, businesses, schools, the chamber and community education, so that these entities coordinate on events and issues, share plans and receive feedback.

As Marshall and Lyon County returns to their yearly Grow Minnesota study and business-by-business examination of needs, they won't let go of the new relationships forged through Extension's BR&E Program. Building on the trust of those relationships, the city, county and chamber collaborate to share investments in the economic development for the good of the region, saving some money as a result. These public and private partnerships are showcased at the yearly summits.

"If we didn't have [these summits] everyone would wonder why we quit," says Brink. "We come up with new ideas and concepts each year. And if we didn't do it, people would say that the city, county and chamber aren't concerned about the well-being of the community. So be careful what you do," Brink jokes, "because people are going to want more of it."

Four community projects are moving forward in the Marshall area to help businesses stay and grow — projects focused on retaining college students in the area, recruiting newcomers, centralizing communications, and helping people start businesses. The chamber, the city and the county are sharing the load to bring these efforts to fruition. Brink notes a definite before and after of taking the community approach to business retention and expansion. "This is now just part of what we do every day."

Starting in January 2013, University of Minnesota Extension will offer a course on the fundamentals of Business Retention & Expansion in a convenient "blended" format that combines in-person with online learning. The course is designed for economic and community development professionals and other leaders who want to conduct a community-led BR&E effort in their town. Learn more