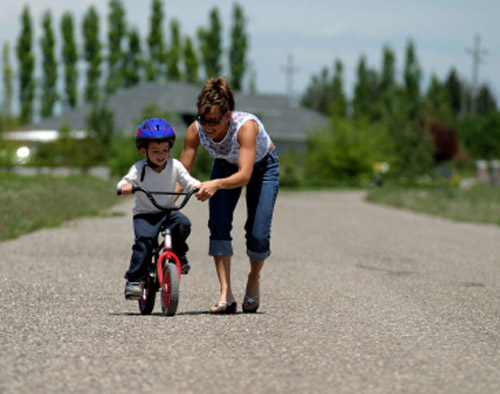 The perception of rural Minnesota — indeed of rural America — is often one of decline and stagnation. Images of abandoned farmsteads, boarded storefronts, and shuttered schoolhouses come to mind.

Yes, those conditions exist. But it's time to bust some myths. Contrary to popular perception, small towns in Minnesota are not losing people of all ages, nor are all small towns dying.

Those are findings from recent research by Ben Winchester, research fellow with the University of Minnesota Extension Center for Community Vitality. In a study prepared for the Upper Minnesota Valley Regional Development Commission, Winchester investigated the changes in population and demographics of rural, non-metropolitan Minnesota counties between 1990 and 2000. (Read the report)

Conventional analysis often goes no further than comparing county population from one decade to the next and seldom expands to a more detailed understanding of the underlying population dynamics. "This has implications for funding and more important, the morale" of rural places, Winchester notes.

The Extension study digs deeper by examining population changes, by age, in any given location. A close look at the data uncovers both decline and growth within various age categories. While small towns do experience a loss of young adults age 18-25 — commonly known as the "brain drain" — there is also an in-migration of adults aged 30-49 and their 10-14-year-old children. In fact, from 1990-2000, nearly every rural county in Minnesota experienced growth in the 35-44-year-old group.

In many cases those moving into rural communities can offset, or surpass the numbers of those moving away. These new, well-educated residents are in their prime earning years and have helped invigorate the community and economy of those towns "by bringing children, starting businesses and engaging in community life," Winchester says. Thus, he calls this trend “the brain gain of the newcomers.”

Minnesota's experience matches that of the entire nation, which has been undergoing a "rural rebound" for some 30 years. In fact, between 1990 and 1999, 2.2 million more Americans moved from the city to the country than the reverse. The numbers have varied decade to decade since then, but the overall trend of rural growth remains — creating a diverse population, labor force and economy that encompasses more than agriculture.

"In a way these newcomers have been helping to mediate the economic restructuring of agriculture and manufacturing [in rural areas] for the past 30 years," Winchester says. "Our rural towns would look very different — worse — if these newcomers hadn't been making these moves."

Why do they come?

Why are people migrating to non-metropolitan areas? According to the Extension study, which surveyed 53 new residents of seven west central Minnesota communities, they want a slower pace of life, lower-cost housing and greater safety and security — relative to urban areas. Other important drivers include the desire to find good schools and more outdoor recreational activities, to be closer to relatives, and to live in a desirable natural environment.

A sample of the west central Minnesota newcomers' comments reflects these wishes:

"We both wanted to live in a country setting, and every house we've lived in has had a little more acreage, so now we are finally on a 10-acre hobby farm, which—you know — this is an ideal area affordability-wise to find that sort of setting, because in the Twin Cities that same amount of acreage would be astronomical."

"We have a state park within 15 minutes. They have great trails. There are so many fun things to do."

Some 68 percent of survey respondents had received a bachelors degree or higher, and 19 percent an associate degree. Finally, 23 percent of respondents said they own or operate a farm or business — compared to 8 percent in their former communities. One newcomer expressed the entrepreneurial spirit this way: "Probably the biggest reason we moved back was the opportunity to be self-employed and just to have that control over your life."

Winchester reminds communities that the rural rebound has been happening with very little public or private intervention to recruit or attract newcomers. The trend gives rural Minnesota communities cause for hope. But it also calls for action.

As communities seek to take advantage of opportunities posed by rural population changes, they will encounter two key questions: "How do we attract new residents?" and "How do we keep them?" The second question becomes particularly important when the newcomers’ children grow up and they might be tempted to move back to urban areas to advance their careers.

Smart answers to those questions will yield more vital, vibrant rural communities. Some communities, such as a number in northwestern Minnesota, are already learning what’s needed to attract newcomers to rural areas. The work has yet to begin in other areas.

As rural communities examine their options, it’s important to be receptive to new ideas. As one respondent to Extension’s survey said, “Tradition is strong, but we need to be open to exploring. It’s not all gloom and doom. New things are happening.”

Winchester and other Extension staffers are available to help communities develop strategies for building on the "brain gain of the newcomers." To learn more: