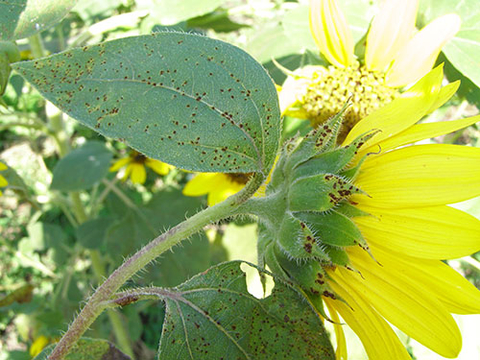 Rust is a common fungal disease of many different plants in the flower garden. The bright red, orange, yellow, and brown colors of this disease often draw attention and can detract from a plant’s appearance.

The disease rarely does significant damage to the health of the plant. On rare occasions, a highly susceptible plant may suffer severe damage due to rust. These plants should be replaced with less susceptible plants.

Managing rust in the flower garden

Fungicides are rarely necessary to manage rust in a home garden and should only be used to protect high-value plants that cannot be replaced and have a history of severe infection.

How to know if you have rust on your plants 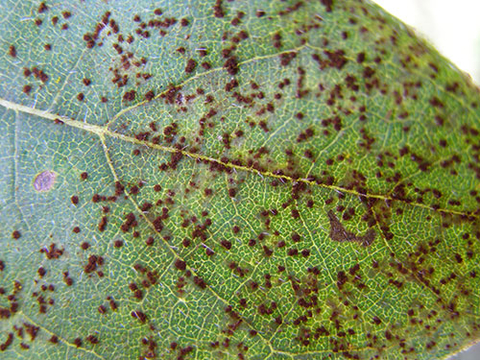 Many commonly grown annual and perennial flowering plants, as well as ornamental grasses, can be infected by rust fungi.

Some rust fungi have an ‘alternate host’. These rust fungi spend half of their life on one group of plants and the other half of their life on a completely different group of plants. A common example is cedar apple rust, which spends half of its lifecycle infecting Junipers (Juniperus spp.) and the other half infecting apple or crabapple trees (Malus spp.).

Other rust fungi have no alternate host and their entire life cycle occurs on one plant or plant family. Hollyhock rust infects only hollyhocks and weeds in Malvaceae, the hollyhock family.