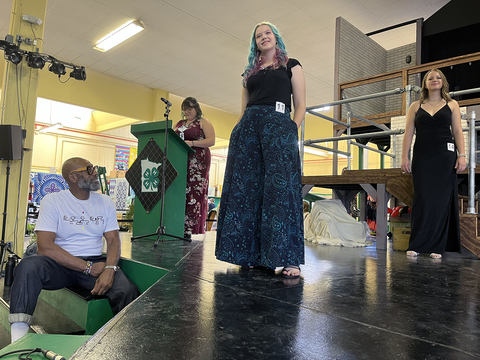 The first of four style revues at the Minnesota State Fair is underway. Gone are the tentative and occasionally awkward steps seen a couple of hours earlier during rehearsal. In their place: self-assured strides and proud pivots.

Give credit for that transformation to the gently animated encouragement of Richard Moody. It’s what he’s done every year at the 4-H style show for 33 years.

His best guess is that he’s worked with at least 700 4-H’ers over the years. His favorite moments are when he sees kids see themselves through clothing. One of the most memorable was a pink camouflage outfit designed, sewn and modeled by a 4-H’er.

"It’s fun. It’s wonderful to see kids embrace who they are. They’re creative," says Moody. "You just never know how this experience is going to touch kids." 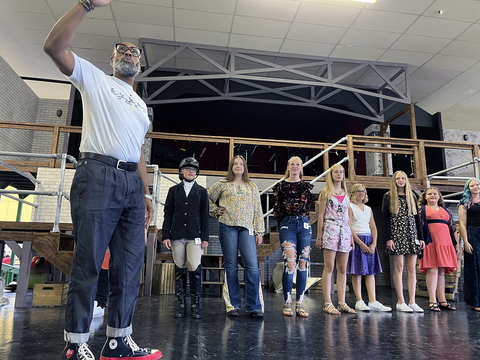 At 65, Moody is an established figure in the thriving Minneapolis fashion scene and beyond. He began modeling while a student and cheerleader at the University of Minnesota from 1976 to 1978, taking part in style shows in venues synonymous with that era in the Twin Cities, including Dayton’s, Donaldson’s and Powers’.

Since then, he’s donned a seemingly endless array of hats. He’s choreographed and produced shows in locations like Paris and London, working with the luminaries of the fashion world along the way. He’s keen on working shows in places where burgeoning talent has established a place in fashion – Capetown, South Africa and Jamaica, the site of Caribbean fashion week. As an event producer and marketer, Moody champions emerging Black artists and designers, many of whom have gone on to prestigious accomplishments in fashion. He still models, including a series this year as one of the faces of the Eyebobs eyewear line.

Back at the State Fair, Moody is a regular in the 4-H building, where he knows practically everyone from the kitchen crew to the t-shirt vendors to the longtime volunteers and University of Minnesota Extension 4-H staff. He first connected to the 4-H style world through an acquaintance who worked with home economics teachers participating in fashion judging.

Once a 4-H’er in Scott County and now a 4-H clothing judge at the State Fair, Erinn Liebhard recalls her modeling experience helped build her future, even if the path was a little rocky.

"Richard and I butted heads because I was a stubborn kid. Then I grew up and I realized how right he was. He understands movement so well, and that’s my world now," says Liebhard, co-founder of a dance troupe and performing arts educator.

Moody has seen style evolve and fashion change, but the core values he instills in 4-H’ers is timeless: poise, confidence and personality.

It won’t go on forever. Amid all of his other work, Moody is also one of Delta Airlines’ most senior flight attendants. He envisions retiring in a couple of years and passing his 4-H style show torch. There’s a world of Black talent in Minnesota that he hopes will follow in his footsteps.