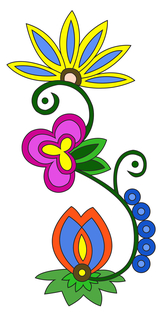 What do you know about American Indian communities in Minnesota — and their ongoing work to build strong economies and resilient communities? There are 11 sovereign nations in Minnesota. These nations are responsible for governing and making decisions that shape the priorities and future of their tribes.

The content on this page will help you expand your knowledge about tribal history and learn about topics important to tribal communities.

Below, discover how tribal communities are focused on their local economies.

Note: Video recordings are from a conference hosted by Extension's Minnesota Indigenous Leadership Network to facilitate connections and cooperation within Indian Country in Minnesota in November 2021.

Tribal Nations are not only responsible for their citizens but also economic drivers in rural Minnesota. Learn more about the unique opportunities and challenges Tribes face as they balance service delivery with economic self-sufficiency.

"Tribes understand that we have to diversify our economies because we have never had anything that we've really valued that hasn't been taken from us, whether it's our children, whether it's our land, whether it's our culture and spirituality, you have taken all of it. And we will always know that our ability to be self-determined economically will come under threat as well and this is another instance of that. I'm kind of paraphrasing [a quote from Marge Anderson], but I just remember that being so prophetic."

Presenter: Karen Diver is currently the senior advisor to the President for Native Americans at the University of Minnesota. She previously held positions at the University of Arizona and the College of St. Scholastica. She served as a special assistant to President Obama for Native American Affairs at the White House from 2015-2017 and chairwoman of the Fond Du Lac Band of Lake Superior Chippewa from 2007-2015.

One of the great puzzles in economic development is the economic sustainability of a nation, state or local community. For Native nations, there essentially was no such thing as sustained economic development before the 1960s. Sixty years later, tribal governments have collectively scaled and become a distinctively important component of the U.S. economy. Learn how this happened and what's needed to continue economic growth and create the needed conditions for shared prosperity.

"The good news is that from a real personal income perspective, we're seeing an upward trend, a very demonstrable upward trend ... Now the comparison, of course, is the US average per capita income. And we're still quite a bit lower than that, but this tells me that self-determination and self-governance and economic development is working."

Presenter: Patrice Kunesh, of Standing Rock Lakota descent, is the founder and director of Peȟíŋ Haha Consulting. She was appointed by President Joe Biden to be on the US Treasury Department's Community Development Advisory Board. Her experience includes establishing and leading the Center for Indian Country Development at the Federal Reserve Bank of Minneapolis. Under the Obama-Biden administration, she was the deputy undersecretary for Rural Development at the US Department of Agriculture and deputy solicitor for Indian Affairs at the US Department of the Interior.

For questions or a copy of the slideshow, please email Patrice at contact@pehinhaha.com.

Learn what the capital landscape currently looks like for tribes and individual Native businesses, the positive systems change work happening across many communities, and what is still needed to truly develop on our terms. The conversation covers critical questions including:

"But many of our communities did recognize property rights in land and did so in ways that provided for transfer of land inheritance, even legal recompense when rights were violated … And while maybe some of our hunting and gathering cultures didn't find them as necessary, others still developed really complex ownership systems, governing not just the land but the resources too."

The Extension Center for Community Vitality is grateful to the U.S. Economic Development Administration for funding that makes this work possible.