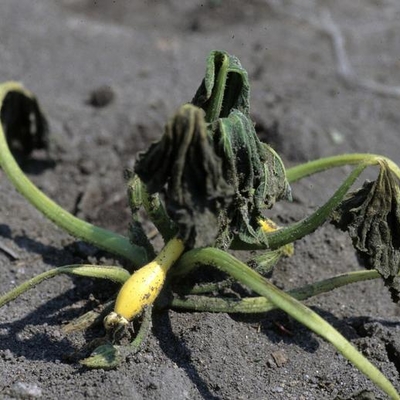 Phytophthora capsici causes phytophthora blight. This pathogen can infect all cucurbit crops as well as peppers, tomatoes, eggplants and sometimes beans. Infection is most common in squash and pumpkin. Phytophthora capsici infects every part of the plant including roots, crowns, leaves, vines and fruit. There are reports of phytophthora in only a few fields in Minnesota. 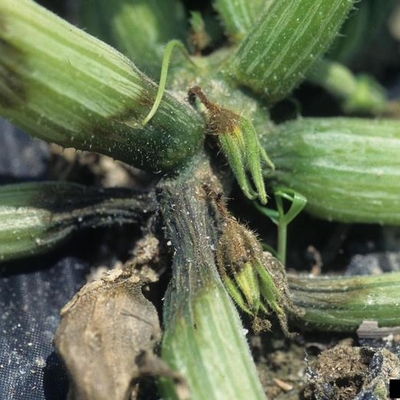 Phytophthora capsici is an oomycete, also known as a water mold. Oomycetes are not true fungi, but are close relatives to certain kinds of algae. Phytophthora has swimming spores known as zoospores that can swim through films of water and saturated soils to locate a new host plant. As a result, new infections often appear in the direction in which water drainage occurs.

Phytophthora thrives in warm (75-85° F), wet conditions. Disease is common in low-lying, poorly drained areas of the field, but can spread throughout the field if environmental conditions are right. Spores can travel on windblown rain or in soil stuck to equipment used in an infested area.

Preventing and managing the disease