Ellen Wolter is an Extension educator. 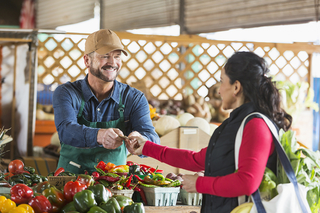 Maybe there is a rural-urban divide. Or maybe it’s a myth. Regardless, I believe a more valuable discussion is how urban and rural communities need each other to function and prosper.

As someone who grew up in rural areas, lived in urban communities for 20 years, and recently moved back to Greater Minnesota, I see firsthand the similarities of — and interdependence between — rural and urban. Focusing on ‘rural’ and ‘urban’ as separate and divided entities, however, limits our ability to create solutions that move us forward.

Interdependence: What happens in your part of the country, happens in mine

Rural and urban communities depend on each other to grow their economies, establish commerce, exchange information, goods, materials, and services, to educate our students and build a thriving workforce, and to provide recreation and culture.

Urban areas rely on rural areas for food production and water supply, raw materials, labor, and recreation and nature. Rural areas, on the other hand, increasingly rely on urbanized areas for jobs, technology, health care, amenities, and entertainment. Urban America’s prosperity is intertwined with rural America. According to a study by Kate Searls, as rural manufacturing output increases in Minnesota, jobs and consumer spending in urban areas do as well.

Rural sociologists Daniel Lichter and David Brown describe the so-called rural-urban divide as not a divide at all, but rather an interdependent space of intense social, economic, political, and environmental interaction where interests are sometimes in competition but also interwoven. Would it be more useful if we focused on rural-urban interdependence — the key ways in which we intersect and how these connections add value — rather than focusing on our differences and how they divide us?

Rural and urban communities are more similar than you think

Many of our state’s biggest challenges do not affect urban and rural areas uniquely. For instance, in Minnesota, rural and urban communities are both struggling with affordability and availability of housing, access to affordable broadband, poverty, high rates of drug overdose deaths due to opioids, and inequality.

Similar demographic changes are also occurring in rural and urban communities. Racial and ethnic diversity is growing in both urban and rural areas in Minnesota, as well as across the country. Yet rural America’s racial and ethnic growth is often ignored. Recent research from Brookings highlights the inaccurate and harmful dual narrative of rural-urban that often uses “rural” interchangeably with “white,” making rural BIPOC communities invisible and exacerbating racial inequalities.

Rural and urban interdependence exists in Greater Minnesota, too

Living in the metro area, it is easy to see Greater Minnesota as a monolith that is one large rural area. In fact, it is a complex myriad of geographies, ecosystems, landscapes, and identities. And there are interdependencies that exist between metropolitan areas, such as Duluth or Rochester, and surrounding rural communities.

The 11 Native nations that share borders with Minnesota also have their own unique governments, systems, and interdependencies with rural and urban spaces. Native communities have experienced significant harm from the rural-urban narrative and have been called “twice invisible.”

Within the Twin Cities metro, interdependent relationships between more urbanized areas in Hennepin and Ramsey Counties bump up against more rural areas, such as Carver or Dakota Counties. Painting Greater Minnesota as “rural” and the Twin Cities metro as “urban” furthers a binary narrative and limits our understanding of Minnesota communities’ needs and regional interdependence.

Focus on our interdependence to move us forward

Rural sociologists have described urban and rural fates as being shared. To prosper together, we will need to better understand Minnesota’s rural-urban interdependence, to be each other’s allies, to learn from each other, and to work together to meet today’s biggest challenges. Climate change, food security, immigration and race relations, inequality, labor shortages — these are all challenges that do not affect and cannot be solved in only urban or only rural spaces.

In 2019, the Thriving by Design Urban and Rural Together Network released their report outlining policy solutions to Minnesota’s greatest challenges after engaging with urban and rural stakeholders. In the report, stakeholders consistently identified “interdependency” as a key factor characterizing both Minnesota’s problems and solutions. The report states, “None of the policy goals or solutions identified would, if enacted alone and in isolation, result in stable permanent improvements.” In short, Minnesota’s solutions will be more viable if they are created with rural and urban interdependence in mind.

We have similar issues and need each other to solve them. Where do we start?

At University of Minnesota Extension, we work closely with communities to build social capital by strengthening community networks. Research demonstrates that bridging networks are a type of community network that signify a healthy community. A bridging network exists when engagement occurs between people with different social, cultural, and geographic backgrounds, which leads to an exchange of diverse perspectives and increased innovation. Weak bridging networks create challenges to engaging in collective action.

There is value in building networks across rural-urban boundaries. However, the rural-urban conversation is often rooted in stereotypes, contempt, and rival narratives, and is enormously more complex than we are led to believe. Seek answers to different questions that will help us better recognize and foster deep connections between rural and urban. Consider getting engaged in a more productive conversation about rural-urban.

Author: Ellen Wolter is an Extension educator. She grew up in rural spaces (Montana and North Dakota) and lived in urban spaces (Portland, Seattle, and Minneapolis) for the past 20 years. She now lives in Sartell, Minnesota.

A condensed version of this article is published on MinnPost as part of their Community Voices series.