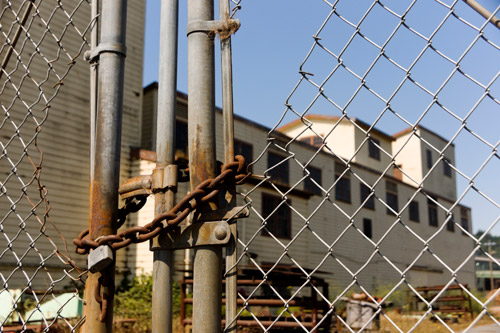 The year 2013 brought improved economic news to much of Minnesota, but a few towns took some hard knocks.

Crises like these create tough times in local economies. Town and business leaders are left asking, "What now?" while employees and their families must make critical decisions about their future — decisions that could result in a loss for neighborhoods, schools, churches and more.

"Communities tend to go through stages similar to grief when they face an economic hit," says Connie Loden, an economic and community development professional who has led communities in Wisconsin and California through business loss. "First, there's shock. Then people get angry, and they do get depressed."

Loden believes the job of leaders at this critical time is to help communities not get stuck. "It's fine to express grief and anger," she says. "But if communities don't find some positive steps forward, they can sit in that depression and anger. People who get stuck typically believe that somebody or something will come to save them — that it's not in their ability to do anything themselves. When no one does save them, they move back into grief and anger. Then it becomes part of their culture. That's the worst outcome a town can get."

To avoid that, Loden recommends reviewing case studies of communities that acted to move their town forward — such as a town that developed tourism or attracted a business by touting its workforces' skills. "Case studies change the conversation," she says. "They move people from helplessness to action. People are suddenly able to say, 'You know that town in Oregon? We could do something like that."

For the past year, Extension Community Economics educators have had the opportunity to join with economic developers like Loden, providing them with another tool to help communities move forward — an economic impact analysis.

Brigid Tuck, Extension economic impact analyst, notes that this data can surprise leaders and residents. "Sometimes, a town's economy is more robust than people assume. Yes, the analysis shows economic loss, but sometimes the response is 'This isn't going to be as bad as we thought.'"

"The data can also illuminate things that towns aren't thinking about during a tough time," says Tuck. "For instance, the importance of other businesses that have been underappreciated, or a ripple effect the town hadn't considered before."

For instance, in one Minnesota town, the analysis predicted a loss of jobs not just from the closing business, but for their business suppliers and local retailers as well. A local workforce development program manager took note, and expanded benefits beyond those recently unemployed.

"Hopefully, these other losses can be mitigated in some way. But if not, at least the town is ready," Tuck notes.

Ways to use data

Linscheid notes that data is a small contribution at a time when towns have big decisions to make. "But the information can be used a number of ways."

Loden focuses on Asset-Based Community Development when she helps towns. "As a community leader, the data that is most helpful to me shows me assets we can build on. It's helpful to bring in outside expertise to help identify opportunities — from local workforce assets to global trends. And it's important that they engage local people in naming those assets. Community members learn a lot about their community in the process."

If there is a silver lining to business loss, it may be that crisis motivates community members to get involved. "Economic success can bring civic apathy," warns Loden. "Often, a community abdicates their civic decisions to the local businesses they rely on. A crisis can get a community moving and functioning with a united front — supportive of each other and their community."

"Communities need economic vitality," says Linscheid. "But knowledgeable and inspired residents create that. A business loss is a tough juncture, but resilient communities write the next chapter."