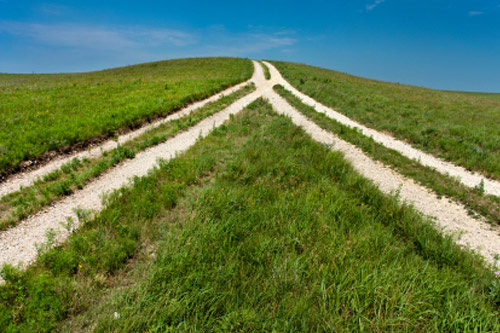 In the 1950's, most rural Minnesota communities could afford to go it alone. But in the 2010's, rural economies are growing more diverse, more regional and more global. So community leaders understand that they must look beyond their geographic boundaries as they think about the future.

Other changes have occurred, presenting new challenges and opportunities to Greater Minnesota communities, and reinforcing the need to span boundaries. For example:

All these developments really boil down to one thing for rural communities — cooperate or miss opportunities. "Issues are too complex today for one group, or even one community to address," says Catie Rasmussen, former University of Minnesota Extension educator. "Community no longer means just one town — more and more, community is defined as a group of towns, a region.

"Traditional allegiances to home towns and rivalries among towns can be fun," she adds. "But taken too far, they don't help rural communities meet today's challenges, or serve their needs."

More than ever, Greater Minnesota communities are looking for new ideas, new resources, and new leaders to tackle today's tough issues. And divisiveness does not help. "We need to revise our definition of neighbor from the family next door to the families in all the surrounding towns," Rasmussen says. "Community is no longer one town, but a group of towns."

Rasmussen believes it's critical for communities to communicate with each other in order to thrive in the 21st century. "People need to know that if they're struggling with an issue, the next town is probably struggling, too," Rasmussen says. "So it makes sense for communities to share ideas, trade insights and work together to solve problems, rather than trying to do things on their own."

That's why, back in 2000, she convened a group of local county residents and launched a leadership education program to bridge the east/west and urban/rural divides in Brown County.

The program, named Bridging Brown County (BBC), was explicitly designed to create connections (relationships, networks, and lines of communication) between residents in communities throughout the county, as well as build individual leaders' skills and knowledge. Scholars call the connections "social capital," and the skills and knowledge "human capital."

BBC also was designed to engage new and young residents from diverse backgrounds and communities across the county.

"We need to hear from a wide range of people, not just a small group," Rasmussen says. "Everyone has their own ideas, their own perspective, and their own stake in things; we need to listen to all of them in order to make the best decisions possible."

Typically, human capital development has been the sole focus of traditional leadership programs. And it's still important, especially considering the increasingly complex issues that rural communities face. Individuals need new knowledge and new tools to deal with the challenges.

Today, however, experts understand that social capital, as well as human capital, is critical to the health and vitality of a community. That's why University of Minnesota Extension Educator Jody Horntvedt calls social capital "the glue that holds communities together."

Bonding networks refer to strong connections among individuals and groups with similar backgrounds, such as family, friends, and neighbors. Bridging networks refer to weaker connections among individuals and groups with diverse backgrounds, such as members of organizations, occupations or associations outside a person's inner circle.

Bonding networks help people get by in times of personal trouble, while bridging networks help them meet bigger challenges and take advantage of opportunities. Both are necessary to community vitality, but they must be balanced.

Rural communities often have strong bonding, but weak bridging networks, which can lead to conflict among separate insider groups vying for control of decision making.

"It's especially important that community leadership programs build bridges among groups without breaking existing bonds in the community," Rasmussen says. Thus, retaining a balance between bonding and bridging capital was a key objective in creating the Bridging Brown County program in 2000.

Formally organized as a non-profit organization in 2003, BBC has been going strong ever since. It also has inspired two other programs — McLeod for Tomorrow, founded in 2007, and Connecting Nicollet County, founded in 2010. All three were developed under the auspices of Extension, which continues to provide leadership training and consultation. However, these groups are self-sustaining and maintained by local residents.

Businesses are invited to sponsor employees, and coordinators make special efforts to recruit an ethnically, age-diverse group, or cohort, to participate in the three bridging leadership programs each year. Each cohort program includes these core components:

Participating counties also have held their own additional activities, including 1) public workshops, seminars and presentations on civic issues; 2) forums with current state legislators and local officials, as well as candidate forums in election years; and 3) local community projects lead by alumni of the leadership cohort programs.

"Bridging happens in all these settings, and between times, too," Rasmussen notes. "It's all about making connections and building relationships. People are creating alliances that will improve their communities."

Benefits of bringing communities together

Extension researchers interviewed and surveyed 20 BBC alumni, as well as spoke with 19 members of the public (community stakeholders) who did not participate in the program but observed some of its outcomes. The evaluation demonstrated to other communities that more relationships among more communities create more benefits for the entire region. These include:

Overall, Rasmussen says, the study showed that connecting communities has a strong impact. "We found powerful evidence that bridging leadership programs have a big payoff in terms of public value."

McLeod County Administrator Patrick Melvin believes that creating connections through a bridging leadership program is worth the investment. McLeod for Tomorrow "continues to be a priority during these challenging times for local governments because of its return on investment," he said. "Alumni of the McLeod for Tomorrow Leadership Program continue to work together even after the training ends to make McLeod County a better place to reside."