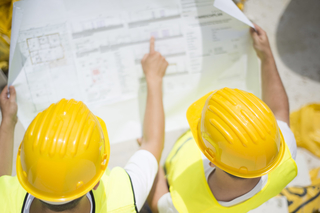 Potential economic impact of construction: Based on data from the Small Business Development Center Network and a private developer, a 22-unit facility would cost an estimated $4.2 million to construct. The model estimates 30 construction-related jobs would be created at the facility and $1.4 million in labor income. Top industries affected will include wholesale trade, food services and drinking places, and administrative support services.

Potential economic impact of operations: Based on data from the Small Business Development Center Network and a private developer, a 22-unit facility would cost an estimated $844,800 to operate. Of that, $403,900 will be labor income. The facility will employ an estimated 13 people.

The operations of a proposed 22-unit senior living facility would generate an estimated $1.1 million of economic activity annually in Fillmore County. This includes $464,900 in new labor income and employment for 15 people. The industries most affected by the senior living facility’s operations will include real estate, utilities, and wholesale trade.

The Lanesboro Economic Development Authority (EDA) has identified the need for senior housing in the city. A feasibility study commissioned by the EDA concluded there is sufficient demand for a full continuum retirement community. Based on this study, Lanesboro is considering a 22-unit assisted and independent living facility.

The Lanesboro EDA is interested in understanding the role a potential senior housing community would have on the local economy. In particular, Lanesboro wanted to quantify its impact on jobs, labor income, and the tax base. Thus, they hired University of Minnesota Extension to conduct an economic impact study. Extension used the IMPLAN model for its analysis and established Fillmore County as the study area.

The project is currently in the concept stage. No firm design plans have been drafted and an operating budget has not been developed. Extension recommends an updated analysis once all details are finalized.