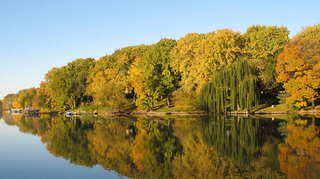 Potential for campground use by current visitors: Current visitors to Fairmont had a high awareness of the city’s lakes and parks. This finding suggests a city-owned campground/park on one of the lakes would be well positioned for visitor marketing.

Campground user spending: The average campground user was estimated to spend $71 per day (including their campground fee) while camping in the proposed city-owned campground. For a family of four, this was $284 of daily spending.

Local versus visitor spending: Sixty percent of campground users were anticipated to be local residents. Local residents using city-owned facilities are important, as they pay the taxes supporting the park.

More about this report