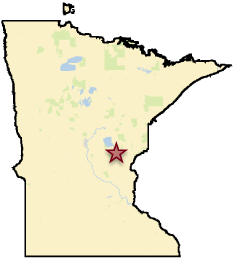 Mora’s Housing and Redevelopment Authority (HRA) manages two senior housing apartment buildings and a Section 8 housing voucher program. Both have waiting lists of 100 and 200 people, respectively. The length of these waiting lists may not cause alarm in a large city. For a town of 3,500 people, however, these numbers are too high to ignore. Rose Dunn, executive director of Mora HRA, said, “Housing development and home building permits have been nearly stagnant since the recession and many of the vacant homes left in the wake of foreclosures have not been maintained or are unaffordable for most families.”

A housing study forecasting an additional 113 households by 2019, coupled with an aging population, spurred the city to take action and address senior housing.

The median household income of non-seniors is $48,698. Approximately 38 percent of all homeowners in Mora lived alone in 2010. Twenty-five percent of households were married without children. The majority (61 percent) of Mora residents were employed outside the area.

In 2018, the Mora HRA built a 24-unit senior housing project called Mysa House. A residence with optional support services, the building will be on the Eastwood Senior Campus and provide affordable housing options to the community.

The construction of Mysa House will augment the HRA's 16-acre Eastwood Senior Campus that includes independent living senior apartments, 30 units of assisted living/memory care, and a senior community center. Nursing and care staff from the assisted living facility nearby will provide home chore and health services on a scheduled basis. Meals will be provided through Catholic Charities senior dining program, which operates at one of the HRA's properties off campus.

The community center, designed as a “Life Enrichment Center,” is the center of Eastwood’s senior housing campus. As a recipient of a 2018 Live Well at Home grant from the Minnesota Department of Human Services, the Mora HRA will expand its senior programs at the center. Residents of Mysa House and other campus housing will have access to a variety of social, educational, and wellness programs. With the help of the Live Well grant, the HRA will also offer evidence-based programs, including Matter of Balance, Powerful Tools for Caregivers, Memory Cafe, and Tai Ji Quan. A new wellness center is in progress and will offer monthly health screenings and an exercise room for seniors.

The success of the Mysa House project, like all community housing efforts, obtained funding and provided services through a collaboration of partnerships.

In addition to working with local partners, the Mora HRA participates in a regional housing group called the East Central Housing Organization (ECHO) that supports area housing efforts. The organization grew out of the 2014 Housing Institute, sponsored by Minnesota Housing and the Greater Minnesota Housing Fund. The group, which is now comprised of more than 20 members across three counties, meets monthly and works to educate and support the housing efforts of members. The organization also cooperated on the regional housing study by Maxfield Research, which is informing efforts across multiple jurisdictions.

Who can you follow-up with to learn more or to clarify housing project details?

About the MN Rural Housing study

Small rural communities in Minnesota face persistent housing challenges. In 2017, the state’s regional development organizations (RDOs) identified housing as a top learning focus and called for the creation of case studies that highlight creative solutions to persistent housing issues confronting our smaller communities. This project is a collaboration of the Extension Center for Community Vitality and Center for Small Towns.

More about this study