The biggest challenge Claremont, Minnesota faces is a stall in new single family housing development since 2007. Local contacts say the Great Recession was definitely a factor. When the market dipped, all building stopped. As of this writing (July 2018):

This housing challenge is compounded by the fact that the city is small and lacks amenities such as a local grocery store, department store, or pharmacy to attract families to live there. Within a reasonable driving distance of Claremont, large cities such as Rochester, Owatonna, and Faribault have developed retail, service and commercial bases.

The City of Claremont is located in Dodge County, which is within the Rochester Metropolitan Area. Like many small communities in Greater Minnesota, Claremont struggles to meet the housing needs of different groups of people. The community, located along U.S. Highway 14 in the southeast corner of the state, had a permanent population of 548 in 2010.

Between 2010 and 2015, the total population stayed about the same, but age groups appear to be shifting. The community is getting younger. Working-age adults have established a stronger presence in the community, as have younger children. There is a decrease in the number of older, working-age adults. (See chart below.) Claremont's median age dropped from 33.5 to 32.4 years. Most of the city's children go to school in nearby Dodge Center. The Claremont School District was part of a regional district consolidation in 1992.

With Hispanic residents of any race accounting for 15 percent of the local population, and another 5 percent of local folks representing other races, Claremont is more racially and ethnically diverse than some Greater Minnesota communities. The growth of the city's overall population has been modest during the last 110 years and has stalled in recent decades.

Many Claremont residents work in the cities of Owatonna or Dodge Center. A 2015 estimate suggests that 88 percent of local workers commute in some type of vehicle to their workplace. With an average commute time of 34 minutes, and a city footprint of less than one square mile, we can assume many Claremont locals are employed outside the city. Looking at Claremont's employment numbers by "place of work"—not where residents work, but jobs located in Claremont—we see 247 employees. Sixty percent are working in key industries such as manufacturing, retail, education, health care and social services, and construction.

Core drivers within the city's economy include its role as a hub for agricultural services and agriculture-related energy production. 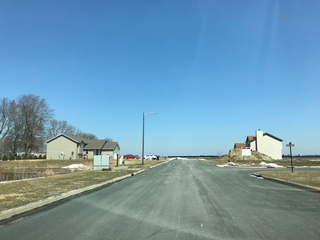 The city of Claremont created a subdivision, The Claremont Development, to invite different local housing solutions. The property is open and offers incentives to any market rate or project that meets expectations and follows the city's building covenants.

One unique project partnership has evolved to address Claremont's challenges. It includes partners from multiple jurisdictions, as well as nonprofits and market-driven partners. Each partner played a key role in developing a single family home for working families. Here is the unique process adopted and the role of each partner for one of these lots: 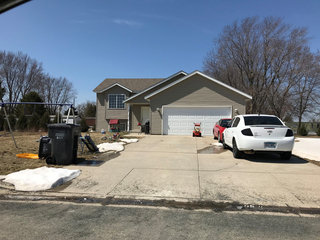 The approach above is just one example of how the city encourages the building of houses for working families in Claremont. Any type of financing may be used or none at all.

Who can you follow up with to learn more or to clarify housing project details?

About the MN Rural Housing study

More about this study