Josie Schloten has an enthusiasm for influencing others 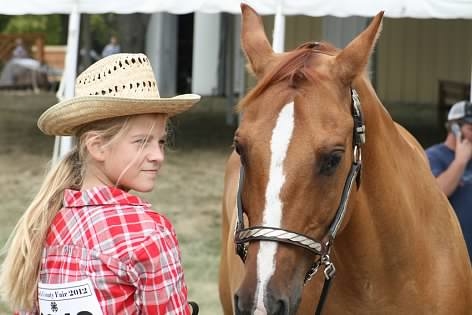 One thing is guaranteed in life - people influence other people. For Josie Schloten of Rock County, this is how she became involved in 4-H.

Josie’s friend Mary-Frances had been involved in 4-H for a number of years. So when an informational 4-H booth came to Josie’s elementary school, she decided to join, getting to spend more time with her friend. The more Josie became involved, she realized all the incredible opportunities 4-H offered that she had never experienced before. Even after her friend moved on from their local club, Josie continued to pursue 4-H. It helped her recognized the potential she had and achievements she could earn. 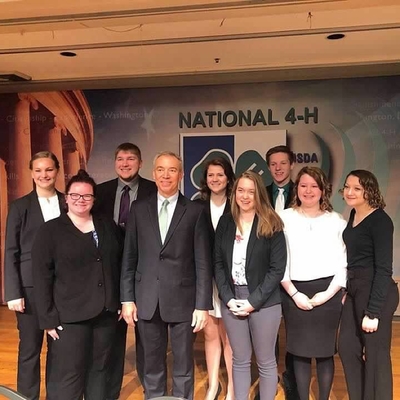 Josie’s 4-H learning began in a local club. She served at different times as her club’s treasurer, secretary, historian, vice president, and president. She has also been a county federation officer and ambassador -further developing important leadership skills and experience. She’s just wrapping up a year serving as a Minnesota 4-H state ambassador, where her skills have been stretched as she’s taught peers, designed and activated social media campaigns and traveled to Washington DC to learn about issue advocacy. Josie has helped put on local events designed to created belonging and community engagement in her home county. She’s also helped with fundraisers to support 4-H participation for more young people.

Exploring the world through 4-H projects

Over the years, Josie has identified a variety of topics to explore as a 4-H member. 4-H project learning includes dozens of options, each designed for youth to choose and dig into both independently and in partnership with peers and caring adults. Each summer, Josie chose some of those project to develop into entries for judging by topical experts. After getting constructive feedback from 4-H judges, Josie’s work was exhibited at her local county fair. Some of her projects included Chickens, Wildlife Biology, Child and Family Development, Communication Arts, and her favorite, Performing Arts.

From uncertainty to relentless optimist

Josie recently said when she joined 4-H she was a shy, isolated, uncertain young person with no motivation or direction. Today, she is an ambitious, confident, relentlessly optimistic young woman. She credits 4-H for much of that transformation.

“There is no way of knowing where I would be without 4-H,” Josie stated. “I’ve learned so many skills -- public speaking, leading others, stress management -- the list goes on and on. I truly don’t know what kind of person I would be if I never joined 4-H. I am so glad that I’ll never have to find out.

An enthusiasm for influencing others

Each day, people are influenced by other people. Josie’s friend influenced her give 4-H a try. All these years later, Josie is working to have a similar influence on the next generation of youth in her community and across Minnesota.

“From STEM to animal science to the arts to community service, if you have the desire to learn and grow, 4-H can help you get there,” Josie explained. “4-H helps youth build upon their strengths and embrace their weaknesses; it gives them a direction and goals to strive for. If someone embraces all that 4-H has to offer, they will undoubtedly become a more fulfilled version of themselves-- a statement I can make from my own experiences.”

What will you do with your opportunity to influence others?