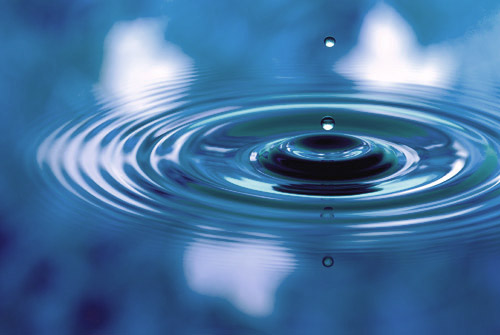 "Jobs, jobs, jobs." It's a common refrain at political rallies, and some variation is often heard at community meetings. But a community's economic well-being is more complex than that.

Say a sprocket factory wants to locate in your town. Of course community decision makers would look at the number of jobs the factory would bring and what the wages are. Depending on other variables, property values and tax revenues might go up, too.

But if there are not many local stores where factory employees could spend their earnings, and they shop out of town, the value of the new plant to the local economy goes down. What's more, if the sprocket factory doesn't buy supplies or sell products locally, there is even less additional impact on the local economy.

Community leaders need to think through a number of factors to decide how to get the biggest economic benefit from assisting in business relocation, expansion or startup.

Helping community leaders understand the full impact of economic change in their area is a specialty of Community Economics (CE) educators with Extension's Center for Community Vitality.

"We're here to give communities useful information so they can make better decisions for the public good," says Neil Linscheid, a CE educator and manager of Extension's Economic Impact Analysis (EIA) programs.

"Community leaders want to know where to focus their energy and resources in economic development, and EIA programs give them a logical, rigorous way to do that at an affordable price," Linscheid says. "That's especially important when budgets are tight, and making wise investments in communities is critical."

Extension offers three main types of EIA programs (see sidebar), two of which result in detailed reports. CE educator Brigid Tuckwrites these reports based on her own, and other educators' analysis of the impact of a key economic change, such as when a business or industry considers growing or shrinking.

CE educators use IMPLAN software to analyze economic impacts. The heart of IMPLAN is an input-output model that explores the inter-dependencies and relationships within a specified area's economy. One fundamental concept is that the output of one industry is an input to another.

"The model can tell you a lot, but you have to frame the question properly," Tuck says. "So 'What is the impact of X on my economy?' is the usual question. But how do you define X? You need to be thoughtful and specific."

Linscheid notes that indirect effects can be pretty significant. He goes back to the example of a new sprocket factory bringing jobs but not necessarily consumer spending if a town lacks retail businesses. That deficiency might be offset if other local businesses can supply materials the factory needs for making sprockets.

"Business-to-business transactions can really make a big impact in a community, especially in one that has a diverse local economy where inputs can be acquired locally," Linscheid says. "It's the availability of both local supplies and consumer spending options that drive broader economic impacts."

An EIA also helps a community understand how businesses and industries are connected — with each other locally, with other businesses in the region, and with businesses worldwide.

For example, in 2009 the Minnesota Valley Regional Rail Authority (MVRRA), a public entity covered by five central Minnesota counties, commissioned a team of Extension experts to study the economic impact of 94 miles of rail running from Norwood-Young America to Hanley Falls.

The need for a study emerged when neighboring communities had to decide whether to invest in rail upgrades to increase maximum rail speeds from 10 to 25 mph, or contribute to other pressing needs.

The University provided credible data based on sound research, said Julie Rath, MVRRA administrator. "We needed factual information that could be shared at the state and federal levels with our congressional leaders — that educational piece for decision-makers," she told a reporter.

Findings from that study eventually helped advance a bill in the Minnesota Legislature that prompted the state to contribute $5 million toward the rail upgrade. The report also informed the Minnesota Department of Transportation's Comprehensive Statewide Freight and Passenger Rail Plan, which offers guidance for rail initiatives and investments in the state.

Another Extension EIA report demonstrated that museums across the state contributed $674 million to Minnesota's economy in 2011. That included $250 million in wages paid to an estimated 5,300 employees, and $157 million in capital improvements.

Museum tourists also generated $53 million in economic activity in 2011, and direct spending by museums had ripple effects across the state's construction, restaurant, health care and real estate industries. This represented the first time the economic impact of museums in Minnesota had been measured.

All EIA reports are research-based and peer-reviewed by faculty in the Department of Applied Economics at the University of Minnesota. This ensures that reports accurately state the economic activity of events in the state.

"This is critical because when economic impact reports overstate economic activity or fail to avoid common errors, they can do more harm than good. Scarce public funds and organizational resources are allocated based on these reports, so they need to be factual and unbiased," says Nathan Paine, an Extension graduate research assistant who conducted a study of the public value of Extension's EIA programs.

"We take a conservative, credible approach," Tuck notes. "We'll provide an honest answer for your community. We are a neutral party. That's why people come to us."