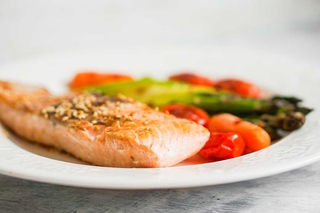 But there are safety concerns that may make you think twice about eating fish.

As part of a low-fat, heart-healthy diet, consumers are hearing the message to incorporate more fish in their diets. Yet, reports question the safety of eating fish because of unacceptable levels of PCBs and the most toxic form of mercury, methyl mercury that builds up in fish tissue.

PCBs and mercury are industrial pollutants that find their way into fresh waters and oceans where they are absorbed by fish. Large predator fish at the top of the food chain, such as shark, swordfish and king mackerel, accumulate the most contaminants. These chemicals build up in fish and people over the course of a lifetime.

Why are mercury and PCBs dangerous? 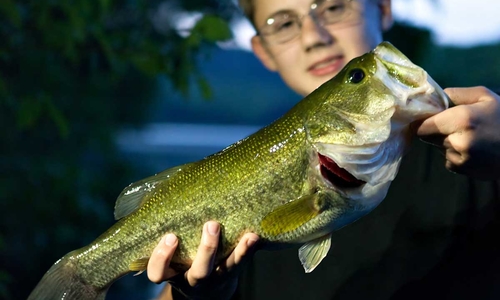 In Minnesota, mercury, PCBs and dioxin often pollute lakes and rivers. You can’t see, smell or taste mercury or PCBs in fish.

See information on how much fish you can eat from your lake or river or contact the Minnesota Department of Health at 800-657-3908.

Concerns with PCBs in farm-raised salmon

A study made headlines when it reported unacceptable levels of PCBs in fish feed given to farmed salmon. The study said that PCB levels in farmed salmon, especially those from Europe, were about seven times higher than in wild salmon. Yet, there is no official agreement that the amount of PCB’s in farmed fish poses a health hazard. Until more research results are available, it is reasonable to eat farmed salmon less frequently and eat wild salmon more often.

In the United States, most consumed farmed salmon comes from Chile (56 percent), Canada (31 percent) and the U.S. (6 percent). Farm fish can continue to be part of a healthy diet but researchers suggest consumers eat no more than two meals of farmed salmon per week.

Concerns with mercury in tuna

The Federal Fish Advisory includes albacore tuna and tuna steaks in the list of fish with high levels of mercury. Research found “white” canned, albacore tuna has three times the mercury levels as the “light” tuna. As a result of these findings, Minnesota Department of Health advises one meal per week of canned “light” and one meal per month for canned “white” tuna.

Five of the most commonly eaten fish that are low in mercury are shrimp, canned light tuna, salmon, pollock and catfish.

For most people, 2 meals of fish per week is generally considered optimal for balancing the health benefits and the health risk from contaminants in fish. But for women of child-bearing age and children age 15 or under, the guidelines are stricter.

Choosing which fish to eat for those meals is important to minimize exposure to mercury and other chemicals in fish.

Sensitive Population: Guidelines for pregnant women, women who could become pregnant and children under 15 years of age

General Population: Guidelines for boys age 15 and over, men, and women not planning to become pregnant

Catching your own fish

If you catch your own fish check fish for signs of disease or parasites. A healthy fish should have:

After you catch your fish, chill and store fish in crushed ice. Ice is the key to fresh tasting fish.

Buy from sources you know and trust.

After you buy your fish, keep fresh fish cold. Bring a cooler with ice to bring the fish home.

To destroy harmful bacteria and parasites: