St. Paul, Minn. (3/25/2019)—After adjusting for inflation, Minnesota farms earned the lowest median farm income in the past 23 years of data tracked by University of Minnesota Extension and agricultural Centers of Excellence within Minnesota State. 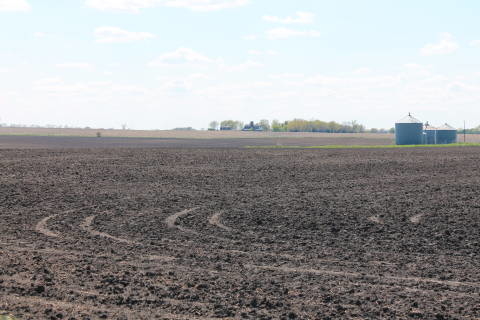 In 2018, the reported median net income was $26,055, down 8 percent from the previous year. Farmers in the lowest 20 percent reported losing nearly $72,000. The analysis examined data from 2,209 participants in farm business management programs, as well as 101 members of the Southwest Minnesota Farm Business Management Association.

“We don’t have consistent numbers that go back that far, but it is very likely that 2018 was the lowest income year for Minnesota farms since the early 1980s,” said Dale Nordquist of the Center for Farm Financial Management at the University of Minnesota.  “That said, the previous five years were not much better, so many Minnesota farms have had a string of low-income years and that has both financial and emotional impacts.”

The economic pain was widespread.  The median producer in all four of Minnesota’s primary agricultural products earned a net farm income of less than $31,000.  “It’s important to understand that these are small businesses that don’t pay themselves a salary, so that net farm income reflects what they made from the farm to feed their families,” added Nordquist, who is also an Extension ag economist.

On a more positive note, farm balance sheets did not deteriorate substantially from previous years.  The average farm’s debt-to-asset ratio increased slightly to 36 percent, still a relatively strong financial position largely supported by farmland that has maintained its value.  When non-farm earnings are added to the picture, the average farm family’s net worth increased by almost $30,000.

Dairy farms have been particularly hard hit by low prices in recent years.  Over-production and trade issues have weighed on milk prices causing many dairy farms to sell their herds.  In 2018, the median dairy farm in these farm management programs earned less than $15,000, down from $43,000 in 2017.  Milk prices were down 7 percent in 2018—and down 33 percent from their highs in 2014.

“It has been a real struggle for many of our dairy farms,” said Nate Converse, Central Lakes College farm business management instructor.  “Dairy farmers work really hard and to see low earnings and, in a lot of cases losses, year after year has worn on them and their families.  As a result, many of them have decided they can’t wait for things to turn around.”

Beef and pork did not fare better

In 2017, the pork industry was the one bright spot in Minnesota agriculture.  But in 2018 the median pork producer earned only $27,739, down from over $101,000 in the previous year.  Pork prices were down 9 percent, again largely impacted by trade issues.  The average hog finisher lost $11.50 per head sent to market.

Crop farmers struggled with weather, prices and trade issues in 2018.  The median crop producer earned $30,650 in 2018, a slight increase from the previous year but still historically low earnings. Southern Minnesota producers especially struggled to get their crops in with persistent spring rains; local spring flooding forced many to replant fields more than once.   Corn production was hit especially hard, with average corn yields down 20 percent across the southern part of the state. Yields were higher in the Red River Valley.

Low prices persisted for all major crops.  Soybean prices especially were impacted by trade issues.  “It could have been a lot worse,” said Aaron Brudelie, a Minnesota West Community and Technical College farm business instructor. “The federal Market Facilitation Program was the main reason soybean producers showed any profits this year.  Producers are using those profits to help offset another year of losses in corn production in southern Minnesota.”  USDA’s Market Facilitation Program provided direct payments to producers of certain commodities that were impacted by retaliatory tariffs by foreign countries.

Not every operation struggled.  Across all farms, the farms earning the highest net incomes, those in the top 20 percent, earned an average of $184,000.  “There are still a lot of farms out there that are successful,” said Josh Tjosaas, Northland Community and Technical College farm business management instructor.  “And it is not just larger farms that are profiting.  We work with profitable farms of all sizes and types.  But in this environment, it takes outstanding management in all phases of the operation, good timing and, maybe, a little luck to make that happen.”

Across all farms, 34 percent lost money on their farming operations in 2018, and 40 percent  lost net worth after family living expenses and taxes.  Fifty-three percent lost working capital.  “The working capital picture would have been worse,” said Tjosaas, “but many farms were forced to restructure debt, moving short-term debt down the balance sheet and securing it with land and other collateral.  Thankfully, our agricultural lending industry has been sticking with farmers when they can.”

Looking ahead, USDA recently came out with a projection of somewhat higher profits for agriculture in 2019.  “At this point, there are way too many variables to know where we will be a year from now,” Nordquist said.  “On the cropping side, costs are projected to be higher and there is no relief yet on prices, so it is a little hard to see where that increase might come from.  Hopefully, we will see some improved profitability in dairy and livestock agriculture.”

University of Minnesota Extension is an equal opportunity educator and employer.