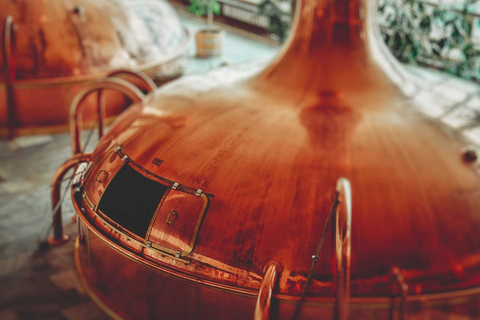 University of Minnesota Extension researchers documented the toll of COVID-19 on brewers in a newly released report for the Minnesota Craft Brewers Guild. For an industry still in high-growth mode, the impact reverberated in communities where canceled brewery investments meant work, including construction, didn’t take place. Brewers newer to the business also faced difficulties qualifying for government relief or private lending. Job loss in craft breweries, which employed more than 5,400 full- and part-time staff in 2019, was about 10 percent.

“In some ways, the pandemic brought out craft brewing’s strengths. Brewers were able to shift operations to focus on more production for retail sale, but it was still difficult for an industry that depends heavily on on-site sales, as well as tourism,” said Brigid Tuck, Extension’s senior economic impact analyst. In 2019, events at Minnesota craft breweries attracted an estimated 3.6 million people. Two-thirds of the survey’s respondents reported no events after the pandemic’s full force began in March 2020.

In 2012, Minnesota had 39 craft breweries. By 2019, the number was 183. With that surge came new jobs: in 2019, craft breweries supported, directly and indirectly, 8,345 jobs. That figure dropped by about 1,050, based on Extension’s economic modeling and responses to the survey.

“Minnesota’s craft breweries carved out their own niche, right from the start. Brewers are passionate about their product and creating a place to serve it,” said Lauren Bennett McGinty, Guild executive director.  They’re also civic-minded, she added. Craft brewers made $875,000 in financial and in-kind donations to community and charitable groups in 2019, a figure that dropped to $336,000 in 2020.

Ongoing vaccination gives brewers a reason to be optimistic about their bottom lines, Bennett McGinty said. Still, many were new to the business and are burdened by considerable start-up debt. Brewers told Extension researchers they hope for more business counseling and possible relief programs geared toward industries like theirs.

"It is clear that Minnesota's craft beer industry has been met with significant challenges over the last year and that the impact will be long-lasting,” said Guild president Dawn Finnie of Little Thistle Brewing Co. in Rochester. “This report demonstrates that breweries have a history of community support and the ability to adapt, which hopefully leads to a quick recovery and a thriving craft beer industry in the future."

Extension received responses from 95 craft brewery owners, representing about half the state’s total. Fifty-one percent were from the metro area, with the remainder spread across suburbs and Greater Minnesota. Extension educator John Bennett contributed to the report.