Though COVID-19 has forced the cancellation of the annual Minnesota Farmfest, where the awards are presented each August, this year’s honorees will be celebrated in an online video tribute. The recognition, led by University of Minnesota President Joan Gabel, will be available online at 1 p.m. on Aug. 6.

Each year, University of Minnesota Extension committees chose one family per county to honor for their demonstrated commitment to their communities and to enhancing and supporting agriculture. 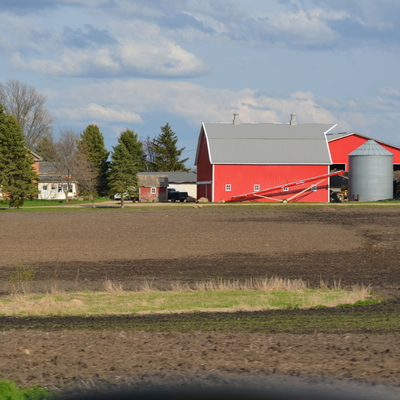 "We will miss the face-to-face ceremony for the 2020 Farm Families of the Year, but nothing diminishes the pride we take in celebrating their accomplishments," said Extension Dean Bev Durgan. "These families represent the best in agriculture. They are innovative and dedicated to their communities. They are stewards of the land."

A complete list of the 2020 Farm Families of the Year is available. Here are just a few of them:

Roger and Rita Krause Family, Lake of the Woods County

Roger and Rita have operated their farm near Baudette since 1969. The farm was home to a 50-cow dairy until the cows were sold in 1997. The family raised beef for the next 20 years. Today, the Krauses grow soybeans, wheat and hay. The hay is sold locally to area beef and equine operations.

Roger serves on the local soil and water conservation board and Rita is secretary of the Lake of the Woods County Historical Board. Both served many years on the county fair board, the county Extension committee, and as 4-H leaders. Roger used to teach welding for high school and adult education classes. He served on the Northern Farmers Co-op Board and the FSA board. Rita worked for 30 years for the county social services department and served on the local school board.

Paul’s family originally ran a dairy operation, but it was transitioned to a farrow-to-finish swine business. The current Zeug farm is a small operation focused on sustaining the rural way of life as much as the land itself. The family raises corn, soybeans and alfalfa in rotation. The farm is mainly a cow-calf beef operation. The Zeugs sell feeder cattle; they finish some and sell beef directly to consumers. Paul also does some custom work and is employed full time on another farm.

The family raises registered Herefords and calve out 185 females yearly. They also manage 1,800 acres of corn and soybeans and maintain about 500 acres of pasture. The Delaneys have a strong focus on sound, efficient, and fertile females believing they are the foundation of the family’s herd. They strive to breed cattle that are both predictable and productive while preserving eye appeal and style. Delaney Herefords uses embryo transfer, artificial insemination, total performance records, and ultrasound data to improve and grow their herd.

The Delaney family is very active in cattle shows in Minnesota, including the State Fair 4-H cattle show, and in other states as well. The Delaneys have five children, all of whom help on the farm.

Robert and Colleen currently raise turkeys for Ferndale Market in Cannon Falls. The Doucettes receive about 20,000 male turkeys at a time. The birds are raised to 19 weeks and marketed. Robert runs the farm operation and Colleen provides valuable help with the birds, books and equipment. She also provides meals to the farm’s workers. Their son and his wife help on weekends.

Robert has been a member of the Flensburg Volunteer Fire Department for 36 years, serving as the department’s secretary for most of that time. He has been part of the Culdrum Town Board for three decades. Robert serves on the Swanville First Response Team and for 24 years served part-time for the county ambulance service.

Wolcyn Tree Farms and Nursery began as a hobby and has become one of the largest evergreen operations in Minnesota. Tom Wolcyn has been growing and selling Christmas trees for over 50 years. He started in the tree business after graduating from the University of Minnesota — where he was a pitcher on the Gopher baseball team — with a forestry degree.

Tom and Adie purchased the headquarters farm in 1982 and have grown the operation to include 1,200 acres of evergreens and shade trees for wholesale and retail sales. Three of their sons, Nick, Ben, and Bobby, help manage operations in all areas. Another son, Clint, manages one of the Christmas tree lots. Tom and Adie’s daughters-in-law are also involved in the business in many areas.