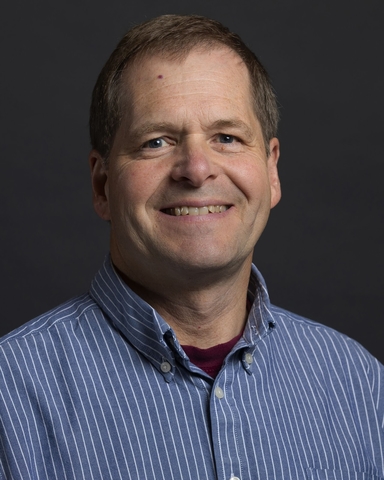 At the end of this year, Mike Reichenbach will retire from his position with the University of Minnesota (UMN) Extension. Mike has had a truly outstanding career in planning, designing, delivering, and evaluating a number of high-impact Extension programs across Minnesota and beyond.

Mike began his career as a successful Extension forester in the Oregon State University Extension forestry program. In July 1999, Mike joined UMN Extension as a Regional Extension Educator focused on Forest Economic Development. He had an auspicious start in Minnesota, his first day being July 5, the day after the massive July 4 Boundary Waters blowdown. Mike immediately got to work building partnerships and mobilizing resources to help landowners affected by the blowdown and concerned about the risk of catastrophic wildfire. The relationships he built through this programming persisted throughout his career in Extension.

Mike’s early career included investment in the Northeast Minnesota Sustainable Development Partnership and the resurrection of the Minnesota Woodland Advisor Program. This program led to the development of a sizeable corps of volunteers, a strong partnership with the Minnesota Forestry Association, and many positive impacts on students’ own properties. Mike played a central role in another generational update of a core Extension Forestry program, Master Woodland Owner (MWO). The MWO program was developed on the foundation of the Woodland Advisor Program and from the beginning, Mike has been a central contributor and instructor in the novel MWO model, including many innovations in how learners interact with each other and the instructors both online and in-person based on his dissertation research on transformative learning.

For many years Mike offered high-quality programming on income taxes related to forest management and timber harvesting. Mike also led Extension’s land succession planning programming for years. This included modifying some resources developed by Oregon State called Ties to the Land. Working with other Extension educators and partners, Mike used innovative methods to bring the best instructors on this relatively new topic available to Minnesota landowners. This included early use of videoconference technology during Woodland Advisor and other sessions. While this may not sound new now, it was innovative at the time. Building on this early work, Mike forged a new internal cross-capacity area collaboration with educators in Extension’s Family Youth Development team to address the deeper personal and familial struggles inherent in planning for the succession of ownership from one generation to the next (or others).

In the last several years of his career, Mike invested his time in programming on Lake Superior’s North Shore. This involved forging and maintaining a strong partnership with Sugarloaf Cove and the North Shore Forest Collaborative. Mike’s work on the North Shore led to lasting impacts through targeted engagement and education, leveraging and growing the networks of local organizations. His education addressed innovative silviculture including strategic planting of conifers on a nucleus model in the hope that natural seed fall would help their expansion in between nuclei. This work led to national recognition for teaching materials and programming, including a video and storymap about tree planting on the North Shore.

Recently, Mike has invested in a variety of projects related to innovation in wood products development and marketing. These projects, which largely involved collaboration with faculty at the Natural Resources Research Institute, including a large grant to support hiring a new Extension educator to focus on bio-economy, including hybrid poplar silviculture, market development, and processing.

Along with these contributions, Mike has been a mentor to many people inside and outside of Extension. He has spent countless hours mentoring new employees on effective collaborative learning methods. It would be hard to overstate the impact Mike has had over his Extension career. Mike has been a core contributor to numerous program teams including many of the most impactful programs developed and offered by the University of Minnesota Extension Forestry team. We wish him the best in retirement and thank him for sharing his talents not only in Minnesota and beyond.