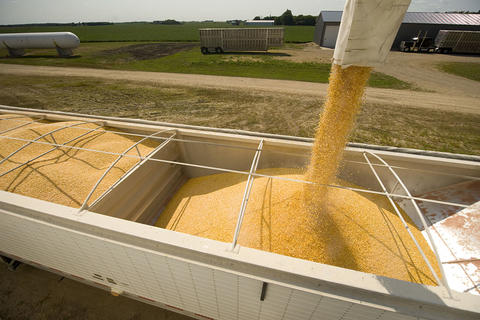 University of Minnesota Extension hosts agricultural marketing groups across the state where educators and producers discuss current marketing issues and develop marketing plans for their farms. Groups meet monthly and typically consist of 10 to 20 member farms.

Members include commodity grain and livestock producers of any size and the agricultural professionals that support them. The groups give farmers an opportunity to share and discuss marketing ideas and strategies.

How to join a group

Each farm pays a fee to cover the cost of materials, travel, technology and other costs associated with operating and managing the group.

If you would like to join one of Extension’s existing groups or are thinking about starting your own, contact Dave Bau, Extension educator, at bauxx003@umn.edu or call 507-372-3900 ext. 3906.

A survey of mature marketing clubs in Minnesota (62 groups and 173 surveys returned) showed that from 2004 - 2015, farmers in marketing groups averaged 5 cents per corn bushel marketed better than the average price received by their peers (farmers in southern Minnesota adult farm management programs) and 24 cents per soybean bushels.

This would translate into a total benefit on 88,300 bushels of corn sold and 20,200 bushels of soybeans sold each year per farm - a total of $9,263 per farm per year more income than their peers. The total per farm over 12 years would be $111,156. For all 55 farms participating in the marketing groups, the total increased revenue above their peers was $6,113,580.

The average farm earns 20-30 cents per bushel (including government payments). Just 10 cents more per bushel could increase net income by 33 to 50%.

Great marketing is not finding the high price. It’s finding an extra 10-20 cents per bushel with a solid plan that avoids mistakes.Over 150 surveys reported positive impacts on their operations due to attending marketing group sessions. They reported a 163 percent improvement in the use of marketing plans with an average increase of income per operation of $20,401 per year.

What farmers in marketing groups say . . .

"The marketing club is an excellent source of information on market trends and analysis. Sharing ideas is probably the best information I receive from the meetings."

"Marketing is a continual learning experience. It only ends when you exit production agriculture. A person could not take in too much information. I would like to see the marketing club stressed to more ag producers."

"This has been and continues to be, a very positive experience. Discussing issues at hand, strategies and plans helps me to make decisions and /or write my marketing plan. It also gives me the courage to make decisions, otherwise, I have a tendency to procrastinate."